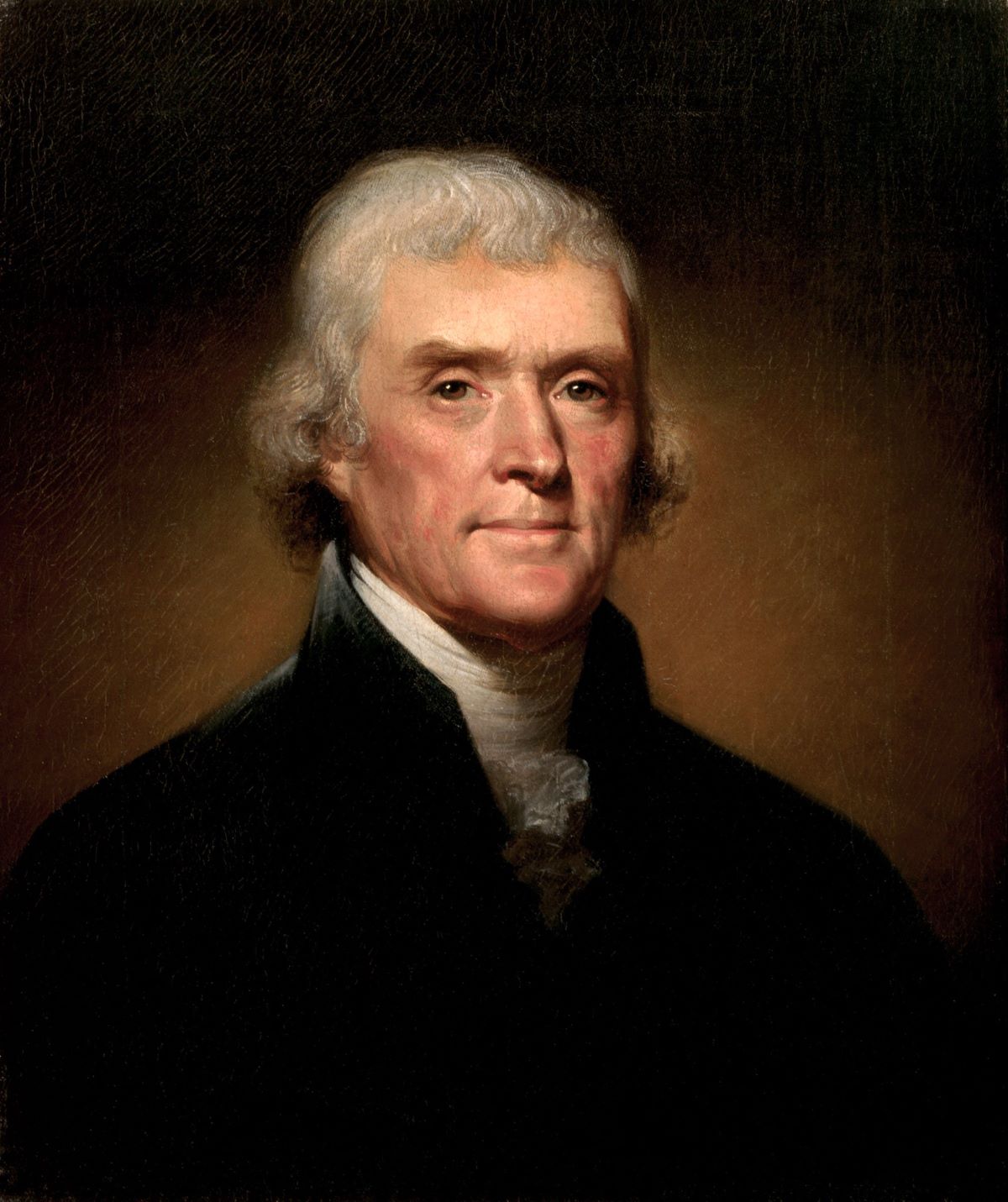 We live in a world where attention spans are short and partisan posturing is expected, so why should students bother with reading works by the American Founders, a group of men that did not include philosophers but did include slaveholders? For example, why should anyone read Thomas Jefferson, whose only book appears to be a loose collection of naturalistic observations and who owned several hundred enslaved men, women, and children?  There are two reasons.  One has to do with slavery and one has to do with living under a constitution.

The easy way to approach Jefferson and slavery is to assume that Jefferson believed that the enslaved men, women, and children he owned under Virginia law were not included when he wrote in the Declaration of Independence that “all men are created equal.” But it would be hard to actually read Jefferson and reach that conclusion.  Again and again, he asserted the fundamental equality of all people – black people included – with respect to the right not to be ruled without one’s consent.  In the 1770s and 1780s, Jefferson advocated several plans for emancipation. In his draft of the Declaration, he wrote that slavery was “a cruel war on human nature itself.”
This is to say that Jefferson was a slaveholder who wanted to end slavery and yet did not emancipate the people he enslaved.  The easy lesson here is hypocrisy and self-interest.  But that only gets so far and further questions arise. If Jefferson had been able to convince Virginians to end slavery, what would that have looked like?  For most of his life, Jefferson (and other Founders like James Madison) believed that emancipation would have to take place alongside some sort of separation, most likely some sort of colonization elsewhere.  This would be necessary, Jefferson believed, because of the practical consequences of slavery, especially the continuing prejudice of the enslaver and the just desire for revenge held by the formerly enslaved. On top of this, there was the temporary but serious inequality between the two groups as a consequence of slavery.
Reading Jefferson on slavery thus raises these questions: what should have Jefferson done to end slavery in his own household or in his country?  Likewise, what choices were available to other men who believed in natural rights, men like James Wilson, who did not own slaves but nevertheless agreed to a Constitution that allowed it?  Would settling these questions in 1790 have resembled Reconstruction in 1870? There are no easy answers here.
A second reason to read Jefferson has to do with the Constitution.  Jefferson famously argued that no generation has a right to bind future generations with a fundamental constitution, because the earth “belongs to the living” not the dead.  As he put it in a letter to Madison, the relationship of one generation to another can be compared to one nation to another—neither has rightful control over the other.  And yet, Jefferson also famously argued for strict construction of the Constitution of 1787, resisting readings of the Constitution by Alexander Hamilton and the Federalists that would make the Constitution more pliable to interpretation by later generations.  Jefferson wanted frequent constitutional change, but he was no supporter of a “living Constitution.”
Consider the example of the Louisiana Purchase. In 1803, the United States essentially doubled in size when it purchased the vast holdings France held in North America.  When Jefferson learned of the Purchase, he celebrated it because it prevented a national emergency (France’s control of the Mississippi) and because it enlarged the scope of liberty – an “empire of liberty,” he called it – in North America. Still, Jefferson believed he had done an “act beyond the Constitution” and drafted a constitutional amendment to constitutionalize the Purchase.  The treaty with France required that the inhabitants of the territory be “incorporated” into the United States as soon as possible rather than be treated as second class colonials indefinitely. In Jefferson’s mind, this meant the Purchase changed the United States so fundamentally that it would need an amendment. The Constitution has no provision for such a move.
But others had different readings of the Constitution.  Jefferson’s friends and enemies alike believed that the Constitution could be read in a way that gives the national government authority to make the deal. In their view, all nations have the inherent power to add territory, and the Constitution’s power could be used to acquire the territory alongside the process to add new states. For Jefferson, this argument was not persuasive, because by that reasoning, Brazil or England could be made part of the United States.  As he put it to one trusted advisor who made this argument, America’s “peculiar security” was a written constitution.  Americans should not make it a “blank paper by construction.” Therefore, when confronted with two constructions, it was always better to choose the safer and narrower one.
It is true that the United States did make the Purchase, and there was no constitutional amendment. Jefferson decided not to seek it, and that story is one for a different occasion.  But here is the key: Jefferson never argued that the Constitution gave him the power for the Purchase.  He resisted the arguments that were given him, and he believed instead that he and the Senators who voted for the treaty had violated the Constitution. Instead of appealing to the Constitution, he remained silent.
What is the lesson here?  Again, the simple answer is hypocrisy. But that answer does not explain why Jefferson resisted appealing to the Constitution and it does not explain why he advocated an amendment in the first place. And, again, there are larger questions lurking. What should Jefferson have done with respect to Louisiana?  What should any president do when they are confronted with an emergency or an opportunity that requires “an act beyond the Constitution”?
These two sets of questions, one about slavery and one about constitutions, invite a larger lesson. Constitutions rest on consent and try to achieve justice. But justice is elusive, partly because people do not want to consent to it, and partly because people have different understandings of justice.  Thomas Jefferson, more than any other Founder, created a world where justice would take the name of universal and timeless rights and a world in which consent would take the form of a fundamental compact that was to be frequently changed but strictly observed. In the tension between justice and consent, and the parties that speak on their behalf today, our world is still the world of Thomas Jefferson.