Reading Room / Martha Washington: First in the Heart of the President

Martha Washington: First in the Heart of the President 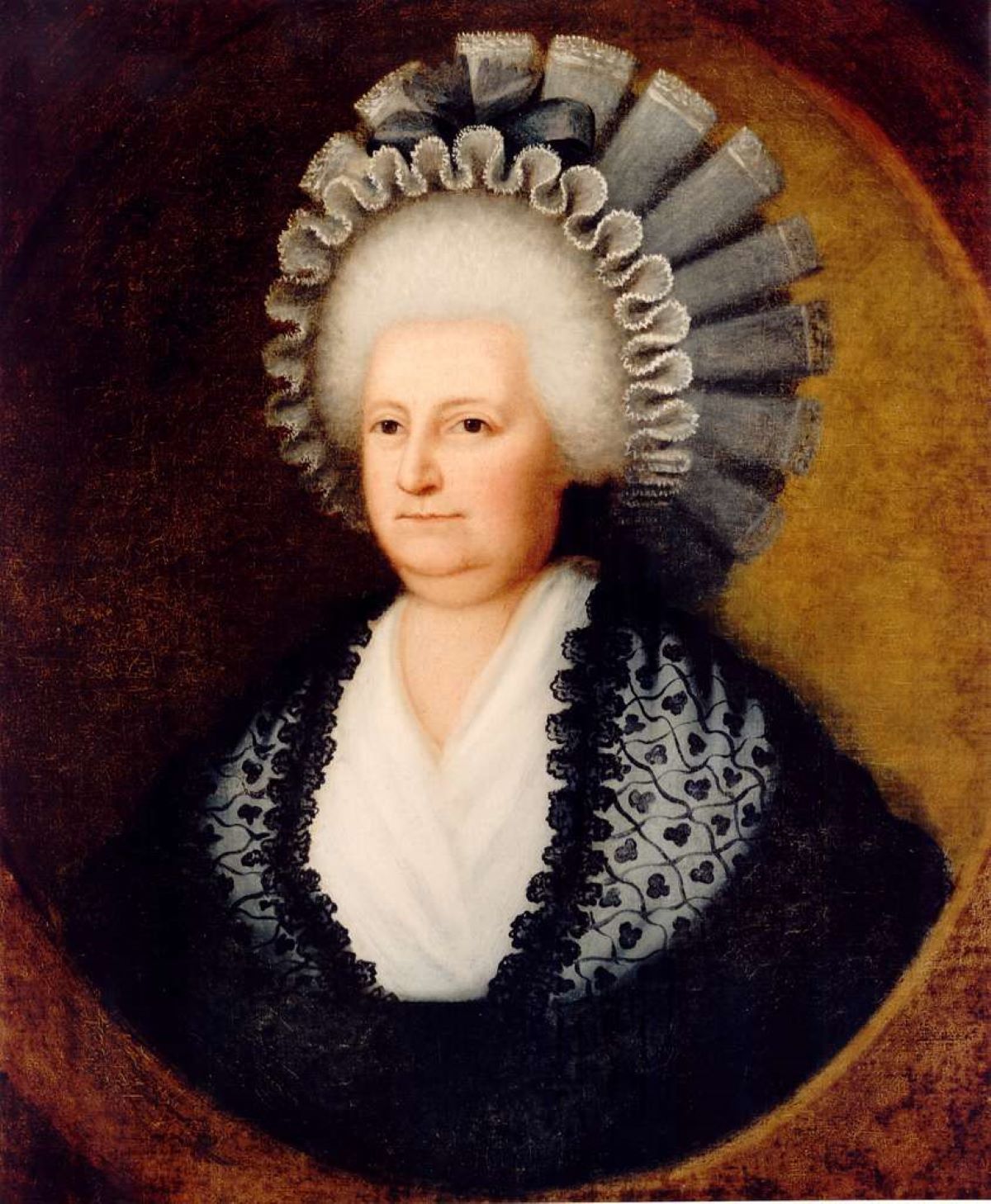 At George Washington’s funeral, General Henry Lee said of the great man that he was “first in war, first in peace, and first in the hearts of his countrymen.” These are some of the most famous words spoken regarding Washington, America’s first president, sometimes called the father of his country. Less famous is the second half of this sentence in which Lee says that Washington “was second to none in the humble and endearing scenes of private life.” On equal footing with his victories in war and politics, Lee placed Washington’s attentiveness to his family.

George Washington famously had no children; when he died, he left behind only his wife of forty years, Martha. If indeed, as Lee said, Washington was as attentive to his wife as he was to his career, then surely it is our duty to attend to her as well. There is no way to understand George without understanding Martha and their marriage. In this way, Martha has her own role to play in the story of America’s origins.
Martha Dandridge was born on June 21, 1731, the oldest daughter of a colonel and his wife. She was born and raised in Virginia and took great pride in being a Virginian. When asked later in life whether she would like to be born again, she replied in the negative, on account of the possibility that she might not be born a Virginian. In the aristocratic Virginian society, Martha was a member of its highest echelons. Her existing letters show that she was likely well-educated in the English style, and she was versed in the practical accomplishments of ladies of her stature. She married once before George Washington, to Daniel Custis, the son of a family friend, in 1749. Their marriage, which endured until Custis’s death in 1757, produced four children, all of whom Martha would outlive.
George Washington’s courting of the widowed Mrs. Custis was brief. Washington was then one of Virginia’s most famous war heroes, a colonel well known in society. He paid his respects to her in 1758, and in just two visits forged their engagement. They married on January 6, 1759.
From that time, Martha would dutifully follow her husband as he rose to even greater heights. During the American Revolution, she would journey with George and live within the military encampments, including those at Valley Forge in the terrible winters of 1777 and 1778. She was known to be a woman who prioritized her husband’s needs above all else, allowing nothing to stand between her and George when she could be of service to him. Some of Martha’s few remaining letters show that she often sacrificed her own happiness for the sake of George, perhaps knowing that he was fated for greatness. This only continued when George was elected the first president of the United States under the Constitution. This position required the couple to move from Martha’s beloved Virginia to the US capital, then in New York. As First Lady, Martha would prove a quick hand at leading society, ensuring that while her husband led in politics, society remained lively, happy, and fashionable. Her leadership of the burgeoning “court” of the United States paved the way for all First Ladies who have followed her, and revealed once again her desire to support her husband with the tools at her disposal.
The interior of Martha’s heart and soul, her relationship with her husband and her thoughts on the world around her, have been lost in time. Martha ordered most of her personal correspondence destroyed, especially the letters between her and her husband. But from the stories told of her, and from what little has survived of her own records, it is clear that Martha Washington provided the private basis upon which a public George Washington rose to prominence. There is perhaps no story in history older than that of the faithful wife who stands behind the great man. This has been the story of Martha Washington, and this, as many have noted, is how she likely would have wanted her legacy remembered. But this narrative is never as simple as it seems. Martha’s story reveals the mutual dependence of marriage, the importance of the most fundamental human relationships, and the interconnectedness of the public and the private. Could Washington have been the great man we remember if not for the woman for whom, in his own words, he “retain[ed] an unalterable affection…which neither time nor distance can change”? Washington himself seemed to know how important Martha was, and the extent to which he relied on her in private to be the man he was in public. For that, Martha Washington deserves our consideration, and her life invites us to understand the complexity of the marriage story when we consider the great men of our history.
Wharton, Anne Hollingsworth. Martha Washington. New York: Scribner & Sons, 1897. https://search.library.wisc.edu/catalog/9913292745102121.

I really enjoyed this piece. Thank you for highlighting the contributions of a wife. Sometimes the world forgets that "behind ever great man is a great woman." I wish that she hadn't order that her correspondence be destroyed because I believe we would have learned a lot more about this woman.

Only two days back I had visited Museum in Alexandria. Having come from India, I was delighted to see it.
We have high regards for Washington, Lincoln and Jefferson