Thomas Hobbes sings a hymn of praise for Reason as “the pace”, scientific knowledge is “the way”, and the benefit of mankind is “the end” (1651) 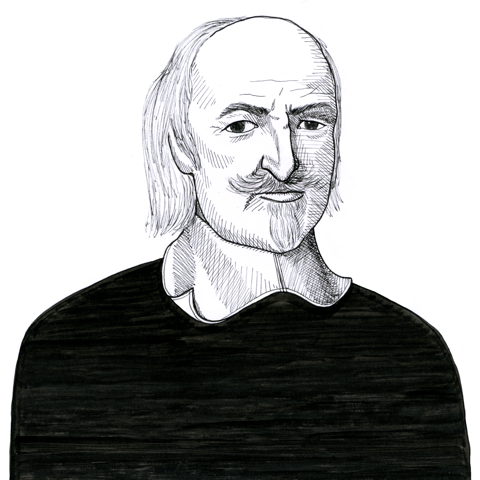 In the first part called “Of Man” in his great work of political philosophy Leviathan, Thomas Hobbes explores the nature of speech and imagination, reason and science, virtue and manners, in an effort to establish the foundation of his theory of the laws of nature. Concerning science and reason he concludes:

… The Light of humane minds is Perspicuous Words, but by exact definitions first snuffed, and purged from ambiguity; Reason is the pace; Encrease of Science, the way; and the Benefit of man-kind, the end. And on the contrary, Metaphors, and senslesse and ambiguous words, are like ignes fatui; and reasoning upon them, is wandering amongst innumerable absurdities; and their end, contention, and sedition, or contempt.

We have a number of works by Thomas Hobbes online: his translations from the Greek of Homer’s Iliad and Odyssey and Thucydides‘ The Peloponnesian Wars, and the classic 1909 edition of his great work on political philosophy written during the upheavals of the English Revolution. So, having written on and having lived through so much war and chaos it is remarkable in this quote to see him extolling so highly the virtues of reason, and science, and calm reflection.