The right to free trade under Magna Carta (1215) 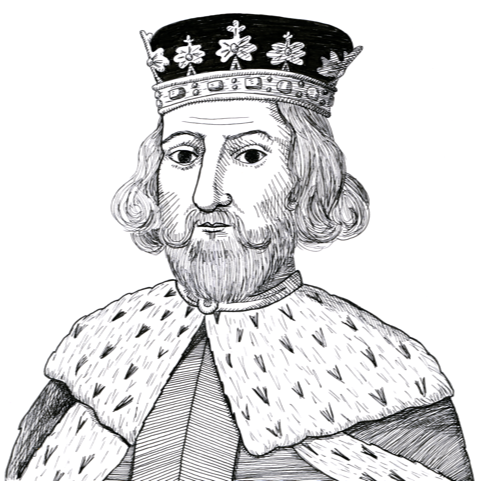 The signing of the Greater Charter of Liberties (Magna Carta) between King John and his nobles occurred in June 1215. Among the many liberties guaranteed in that document is no. 40 concerning the free movement of merchants:

All merchants shall have safe and secure exit from England, and entry to England, with the right to tarry there and to move about as well by land as by water, for buying and selling by the ancient and right customs, quit from all evil tolls, except (in time of war) such merchants as are of the land at war with us. And if such are found in our land at the beginning of the war, they shall be detained, without injury to their bodies or goods, until information be received by us, or by our chief justiciar, how the merchants of our land found in the land at war with us are treated; and if our men are safe there, the others shall be safe in our land.

The 1914 editor McKechnie warns modern readers not to read back into the past, political and economic ideas which they might hold in the present. In this case, free trade ideas which were still quite strong in Edwardian England. What seems to have happened with many clauses in Magna Carta, was that grants of privilege to specific individuals and groups were later broadened into more general “privileges” or what became known as “rights” to later generations. Here is what he said concerning clause 40: “It has been not unusual to credit the framers of Magna Carta with a policy of quite a modern flavour; they are made free–traders and credited with a knowledge of economic principles far in advance of their contemporaries. This is a misconception: Englishmen in the thirteenth century had formulated no far–reaching theories of the rights of the consumer, or the policy of the open door. The home traders were not consenting parties to this chapter, and would have bitterly resented any attempt to place foreigners on an equal footing with the protected guilds of the English boroughs. The barons acted on their own initiative and from purely selfish motives. Rich nobles, lay and ecclesiastic, desired that nothing should prevent the foreign merchants from importing wines and rich apparel that England could not produce. John, indeed, as a consumer of continental luxuries, partially shared their views, but his selfish policy threatened to strangle foreign trade by increasing the burdens attached to it, until it ceased to be remunerative. The barons, therefore, in their own interests, not in those of foreign merchants, still less in those of native traders, demanded that the customs duties should remain at their old fixed rates. In adopting this attitude, they showed their selfish indifference to the equally selfish claims of English traders, who desired a monopoly for [404] themselves. Every favour shown to foreign merchants was an injury done to the guilds of the chartered boroughs. This chapter thus shows a lack of gratitude on the barons’ part for the great service rendered by their allies, the citizens of London.”