Home / Quotations / The City of War and the Cit... 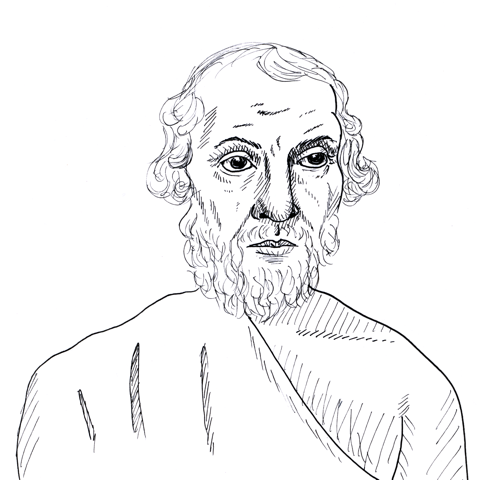 Found in The Complete Poetical Works of Alexander Pope

In his fine translation of Homer’s Iliad, Alexander Pope (1688-1744) describes the images which Vulcan carves on Achilles' new shield, which his mother Thetis has done to help Achilles recover from the news of his friend Patroclus' death. Vulcan depicts the two different types of cities which humans can build on earth; one based on peace and the rule of law; the other based on war, killing, and pillage:

The image one of peace, and one of war.

And solemn dance, and Hymeneal rite;…

There, in the Forum swarm a numerous train;

The subject of debate, a townsman slain:

One pleads the fine discharged, which one denied,

And bade the public and the laws decide:…

Another part (a prospect diff’ring far)

And one would pillage, one would burn, the place….

Now here, now there, the carcasses they tore:

Fate stalk’d amidst them, grim with human gore.

And the whole war came out, and met the eye:

And each bold figure seem’d to live, or die.

That Achilles would have a shield with two contradictory images on it, one showing a city at peace where conflicts are resolved by courts and another showing a city at war with all its vile consequences, might seem strange to the modern reader. It reminds me of the image on the poster for Stanley Kubrick’s film Full Metal Jacket of the soldier’s helmet with the handwritten “born to kill” slogan and a peace badge. Both images remind us that human beings have the capacity for both killing and peaceful trade and commerce.