The 10th Day of Christmas: Richard Cobden on public opinion and peace on earth (c. 1865) 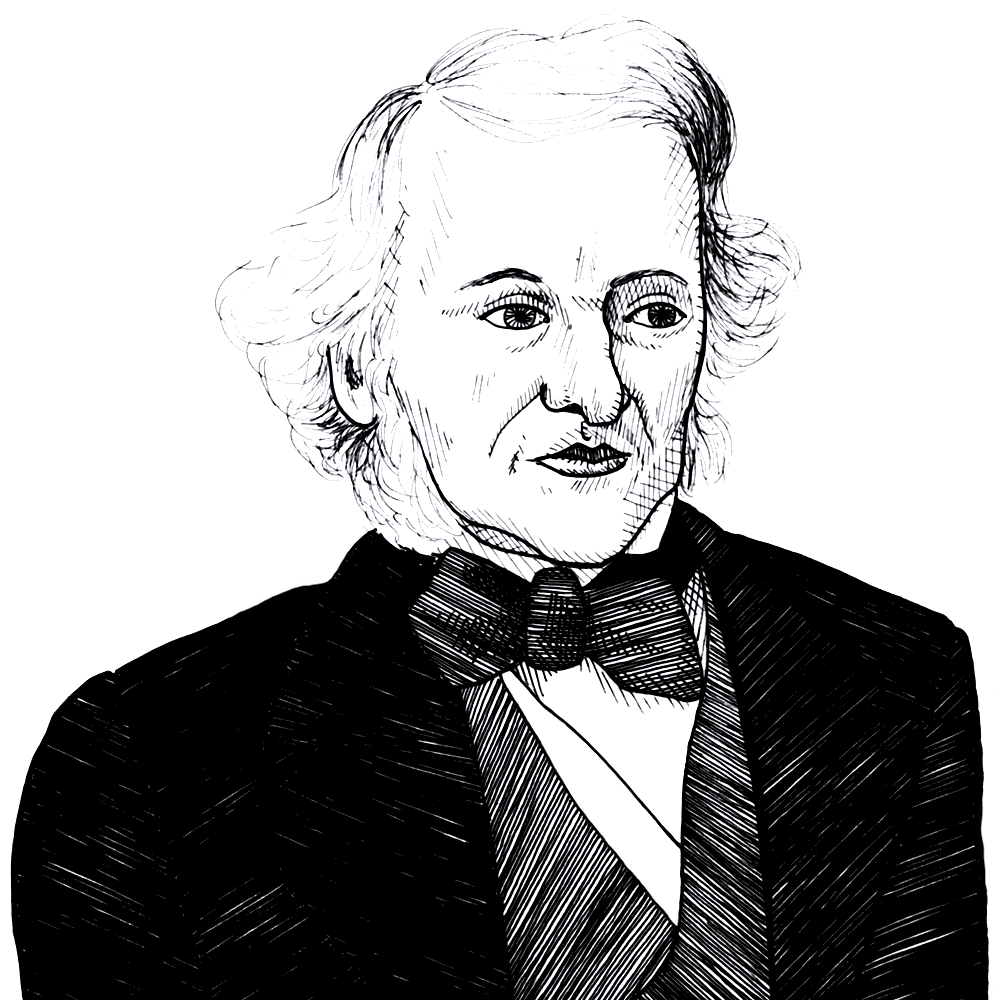 Found in The Political Writings of Richard Cobden, vol. 2

The British advocate of free trade and peace Richard Cobden (1804-1865) chides an unnamed reverend for using his pulpit to praise the bellicose statements of the Duke of Wellington. He reminds the reverend that he serves a higher master who urged mankind to pursue the goals of “peace on earth, good will towards men”:

Will you pardon me if, before I lay down my pen, I so far presume upon your forbearance as to express a doubt whether the eagerness with which the topic of the Duke of Wellington’s career was so generally selected for pulpit manifestations was calculated to enhance the influence of ministers of the Gospel, or promote the interests of Christianity itself. Your case and that of public men are very dissimilar. The mere politician may plead the excuse if he yields to the excitement of the day that he lives and moves and has his being in the popular temper of the times. Flung as he is in the mid-current of passing events, he must swim with the stream or be left upon its banks, for few have the strength or courage to breast the rising wave of public feeling or passion. How different is your case! Set apart for the contemplation and promotion of eternal and unchanging feelings of benevolence, peace, and charity, public opinion would not only tolerate but applaud your abstinence from all displays where martial enthusiasm and hostile passions are called into activity. But a far higher sanction than public opinion is to be found for such a course. When the Master whom you especially serve, and whose example and precepts are the sole credentials of your faith, mingled in the affairs or this life, it was not to join in the exaltation of military genius, or share in the warlike triumphs of nation over nation, but to preach “Peace on EARTH and good will toward MEN.” Can the humblest layman err, if, in addressing the loftiest dignitary of the Christian Church, he says “GO THOU AND DO LIKEWISE?”

In the mid-1860s Cobden was moved to write a lengthy letter to an unnamed minister who had been using his pulpit to praise the military exploits of the Duke of Wellington and to urge another war against the French. He chastises the minister for misusing his pulpit to promote war instead of taking Saint Luke’s advice to seek “peace on earth and good will towards men”. In the course of this long letter Cobden argues that the British people were traditionally a very bellicose people and that “we have been the most combative and aggressive community that has existed since the days of the Roman dominion.” He argues that the wars against the French between 1793 and 1815 were undertaken not to promote liberty but “to deprive the French people of the right of self-government, and to place their liberties at the disposal of an arbitrary king, a corrupt church, and a depraved aristocracy”. But this unthinking support for the government was beginning to change as a few small groups of committed individuals in the anti-slavery and free trade movements had shown. They had helped turn British public opinion against the slave trade (1808) and then slavery itself (1833), and most recently the policy of agricultural protection (1846). Cobden believed that the next cause for enlightened British public opinion to take up was that of opposition to war in which a new “peace party” would challenge the traditional British veneration of their “war heroes” and their victories in battles which were demonstrated in public monuments, the naming of streets and bridges after famous British victories, and even the erection of militaristic art in cathedrals and churches. Cobden believed the minister had erred in “join(ing) in the exaltation of military genius, or shar(ing) in the warlike triumphs of nation over nation, (instead of preaching) “Peace on EARTH and good will toward MEN.”