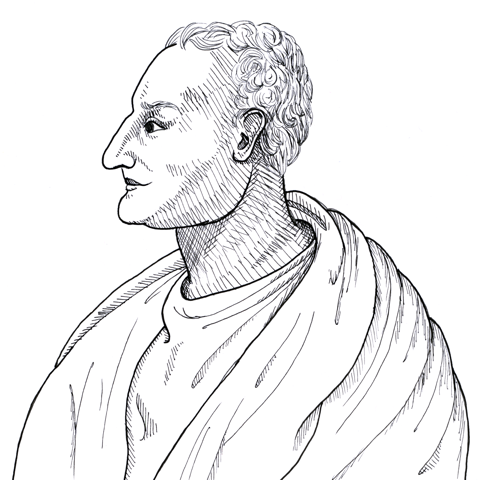 Found in The History of Rome, Vol. 1

The Roman historian Livy (59 BC - 17 AD) wrote his History of Rome (10) as the Roman Republic was being turned into a despotic empire. He argued that true liberty consisted of regular elections and the rule of law, and that its loss was irrecoverable and marked a return to slavery:

The ides of May came. The offices of the state not having been filled up by election, men, invested with no public character, made their appearance as decemvirs, retaining still the same spirit to enforce their authority, and the same emblems to support the splendor of their station. This was held the height of arbitrary government, and the loss of liberty was deplored as irrecoverable. No one champion stood forth in its cause, nor was there a prospect of any such appearing: so that the people not only sunk into despondence, but began to be despised by the neighbouring nations, who thought it would reflect shame on themselves, if a state which had forfeited its own liberty, should be allowed to retain its dominion over others.

Livy’s idea that the freedom enjoyed by Rome was undermined and eventually destroyed by rising emperors like Augustus spoke to many authors in the Renaissance and early modern period. Machiavelli, Harrington, and Milton all heeded Livy’s warnings and passed them onto a later generation of thinkers who helped prepare the ground for the American Revolution. It is no surprise that Livy was one of the most read authors in 18th century America.