Joseph Priestley on the presumption of liberty (1771) 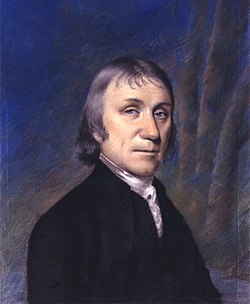 Found in An Essay on the First Principles of Government

The English radical theologian Joseph Priestley (1733-1804) argued that, if it were not clear how much the government should interfere in people’s lives, then it should leave things “to take their natural course”:

(Some) think it best, that every thing, which is not properly of a civil nature, should be entirely overlooked by the civil magistrate; that it is for the advantage of the society, upon the whole, that all those things be left to take their own natural course, and that the legislature cannot interfere in them, without defeating its own great object, the public good.

In a very interesting chapter “Of the nature of Civil Liberty in general” in his book Essay on the First Principles of Government (1768) the radical theologian Joseph Priestly makes a number of very important points about the size and scope of government. Firstly, he says it is not all that important what form a particular government might take (it might be a monarchy, a republic, or a democracy) but what is most important is the extent of power which the government may have. Secondly, that there are things which individuals require the assistance of others in order to achieve, and things which they achieve better by themselves. Thirdly, that magistrates should be considered to be the servants of the public and thus, when individuals feel they no longer need their servant to do their bidding they should be free to dispense with their services. And fourthly, and perhaps most importantly his statement about the “presumption of liberty”, that when in doubt, the state should do nothing and leave people free to go about their business unmolested.