Home / Quotations / John Taylor on how a “sound... 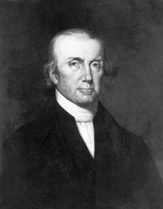 In 1820, John Taylor was concerned that the promise of the American constitution, to radically limit the power of the central state, was being undermined by interventionist economic policies:

An adoration of military fame, specious projects and eminent individuals, has in all ages brought on mankind a multitude of evils; and a sound freedom of property is the only mode that I know of, able to destroy the worship of these idols, by removing beyond their reach the sacrifices upon which themselves, and their proselytes, subsist.

This work by Taylor, Construction Construed and Constitutions Vindicated (1820) is considered by some historians of political thought to be the greatest single work on political philosophy written by an American during the 19th century.