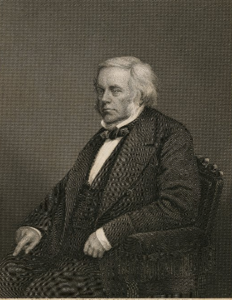 The British MP John Bright (1811-1889) gave a speech to his constituents in the Birmingham Town Hall on October 29, 1858 in which he asked who benefitted from Britain’s foreign policy of constantly interfering in the affairs of other nations? His conclusion was that it served the needs of the “place-hunters”, those members of the ruling elite who sought jobs for themselves, their families, and their friends. In other words, a form of welfare for the aristocracy:

There is no actuary in existence who can calculate how much of the wealth, of the strength, of the supremacy of the territorial families of England has been derived from an unholy participation in the fruits of the industry of the people, which have been wrested from them by every device of taxation, and squandered in every conceivable crime of which a Government could possibly be guilty.

The more you examine this matter the more you will come to the conclusion which I have arrived at, that this foreign policy, this regard for “the liberties of Europe,” this care at one time for “the Protestant interests,” this excessive love for the “balance of power,” is neither more nor less than a gigantic system of out-door relief for the aristocracy of Great Britain. [Great laughter.]

The anti-war and anti-empire British politician John Bright, along with his colleague Richard Cobden, suffered at the hands of the electorate for their opposition to Britain’s involvement in the Crimean War (1854-56) against the Russian Empire. The nationalism of the moment led to Cobden’s defeat at the election of 1857. Bright was able to hold his seat perhaps with the help of his great skills as an orator as exemplified in this speech from 1858 in which he reflects on the path Britain’s foreign policy had taken after the Glorious Revolution of 1688 up to the Crimean War. His conclusion is that, as in so many areas, the ruling elites were able to dominate parliament in such a way as to make sure that taxpayer funded benefits and subsidies ended up in their pockets. In this case, he argued that the elites who controlled the army, the navy, and the foreign office were just so many “place-hunters” who sought and got secure, well-paying government jobs and contracts at the expense of the ordinary British taxpayers. He took every opportunity to bring these facts to the attention of the British people in public talks and speeches in parliament during his long political career which spanned the years from 1843 to 1889. He sadly concluded that things had not changed very much during this period since “men made no progress whatever, but went round and round like a squirrel in a cage” making the same mistakes over and over again.