Jean Barbeyrac on the need to disobey unjust laws (1715) 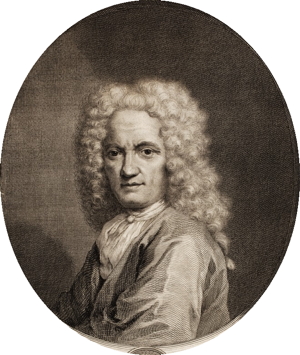 The French jurist Jean Barbeyrac (1674-1744) argues that it “absolutely necessary” for a good man to disobey just civil laws when they conflict with the natural laws which are “written in our heart”:

For in the end, the instant that the most genuine laws of the most legitimate sovereign conflict in any way whatsoever with these immutable laws written in our heart, there is no question of seeking a balance, because it is absolutely necessary, cost what it may, to disobey the former in order not to do damage to the latter. Men’s submission to civil government does not extend, and never could extend even when they wished it, to the point where a human legislator is set higher than God, the author of nature, the creator and supreme legislator of men.

The French jurist and translator of Grotius and Pufendorf, Jean Barbeyrac (1674-1744), also expressed his own interpretations of natural law in very lengthy footnotes and appendices to his translations, thus meriting being taken seriously as a legal theorist in his own right. The two addresses he gave in 1715 and 1716 to the law students as the Rector of the Lausanne Academy in Switzerland are a case in point. They deal with the tricky of problem of unjust laws and what good men should do about them. The problem arose because in many instances the civil law violates “the clearest laws of nature” (either by omission or commission). As examples of “thoroughly inhumane and utterly unjust” laws he gives the activities of the Inquisition in torturing and killing heretics (he was a Protestant himself). As far as he was concerned, it was not a matter of “balance” or making a compromise, since civil laws which violated natural law had to abolished “cost what it may.” He concluded that “the good man” was never “bound to obey manifestly unjust laws.” In his second address he even toys with the idea that one day a “golden age” will come when “we should close the law courts and demolish the tribunals of justice” and have “no more of those whose only occupation is to exploit the freedom people still believe is theirs.” It is hard to imagine a commencement address like this being given a law school today, in French or in English.