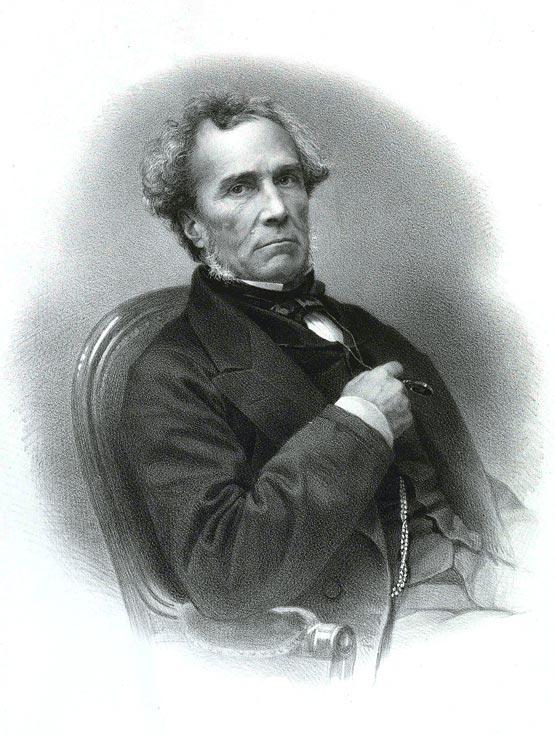 In his analysis of the Irish problem in the late 1830s Gustave de Beaumont (1802-1866) provides some historical background, especially the belief some Irish radicals had in the principles of the French Revolution. He sympathetically quotes one of the songs of the United Irishmen from 1789:

Rouse, Hibernians, from your slumbers! See the moment just arrived, Imperious tyrants for to humble, Our French brethren are at hand. Vive la united heroes, Triumphant always may they be, Vive la our gallant brethren, That have come to set us free…

To arms quickly, and be ready, Join the ranks, and never flee. Determined stand by one another, And from tyrants you’ll be free. Vive la united heroes, &c.

Gustave de Beaumont was Tocqueville’s traveling companion on his famous trip to America in 1831 which was undertaken in order to observe the American prison system for the French government. Along the way they observed and collected material which would later produce Tocqueville’s book Democracy in America (1835, 1840) and Beaumont’s book Marie on slavery. Shortly afterwards Beaumont married the daughter of General Lafayette and spent his honeymoon in Ireland where he gathered material for yet another book, this time on the problems in Ireland. He attributed the problems of Irish poverty and lack of political representation to the system of aristocratic rule. The first volume deals with the historical origins of aristocratic rule in Ireland, especially land ownership, while the second volume deals with how aristocratic could be liberalized without causing a revolution like the one which broke in France in 1789. This song comes from volume one where Beaumont cites it to show the feeling for liberty held by many Irish radicals at the time of the French revolution. The song calls for the “Self-will’d slaves” to rise up against the “imperious tyrants” with the assistance of their “French brethren.”