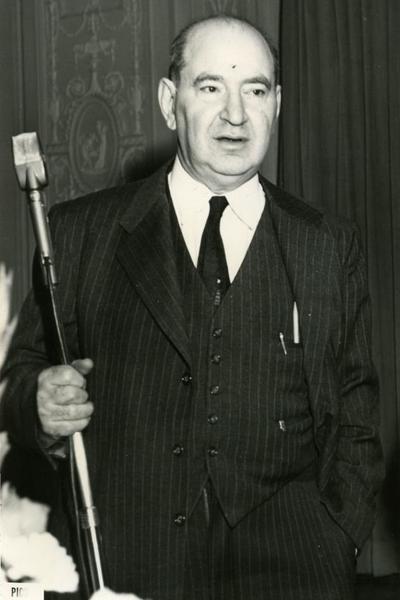 Frank Chodorov argues that taxation is an act of coercion which violates individual rights to property and, if pushed to its logical limits, will result in the ownership of all production and property in the hands of the state, i.e. Socialism:

All this argument, however, is a concession to the obfuscation with which custom, law, and sophistry have covered up the true character of taxation. There cannot be a good tax, or a just one; therefore, every tax rests its case on political power. And the power behind every levy fattens on its collections, while the power of the individual is commensurately weakened. The ultimate of the progressive process of taxation is the absorption of all production by the state—which is the ideal of socialism.

Few people are willing to call a spade a spade. Frank Chodorov however is one of those people when he calls taxation a form of robbery which has been obfuscated by intellectuals and politicians for centuries. Writing at the end of World War Two, when the state had grown prodigiously and taxation and debt levels had risen accordingly, Chodorov thought he could see a pattern in all this: the steady increase in taxation would ultimately lead to socialism. One might compare this with Friedrich Hayek’s The Road to Serfdom written in 1944 which comes to a similar conclusion.