Althusius argues that a political leader is bound by his oath of office which, if violated, requires his removal (1614) 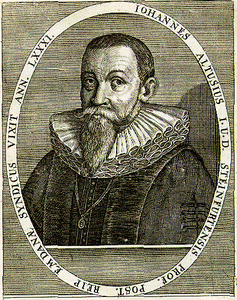 Johannes Althusius (1557-1638) believed that all political leaders were bound by their oath of office to protect the liberties of the people. If he failed in this duty the people were free to replace him with another who would:

[I]f the supreme magistrate does not keep his pledged word, and fails to administer the realm according to his promise, then the realm, or the ephors and the leading men in its name, is the punisher of this violation and broken trust. It is then conceded to the people to change and annul the earlier form of its polity and commonwealth, and to constitute a new one.

The idea that “the people” have the right to remove a bad ruler has a very long history before the American Revolution enshrined the principle in the modern era. Of course, the problem is to know what constitutes a sufficient degree of “badness” to merit such a drastic act, who exactly has this right of deposition (all “the people” or their delegates or “ephors” as Althusius phrased it); and when might this deposition occur (at any time as in the Westminster system, or only at election time as in the American system). In this instance, Althusius argues that there is quite a low level of “badness” before it is justified in throwing a bad ruler out, namely “not keeping his word”. If we held all elected officers to this standard there would probably only be the cleaning staff left in the chambers of Congress or Parliament.