Please join us in November 2022 for a Virtual Reading Group with Cara Rogers. 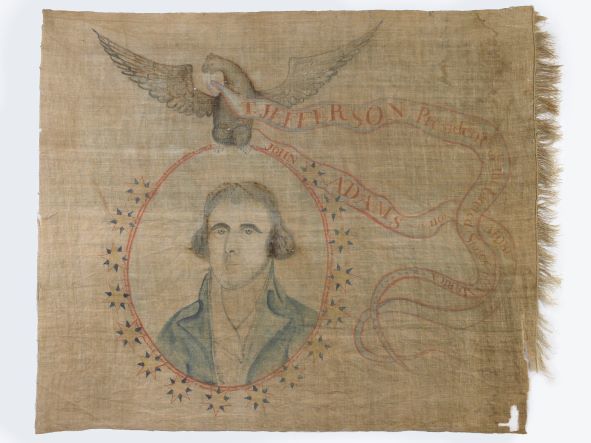 Pre-registration is required, and we ask you to register only if you can be present for ALL sessions.  Most readings are available online; PDFs of the remainder will be emailed upon registration confirmation. Participants who successfully complete ALL sessions will be eligible to receive an Amazon e-gift certificate.

In our current political climate, America can appear more divided than ever before. Politicians and pundits rage at one another, utilizing personal attacks, and each party seems to believe that the other side will destroy the republic. In this course, we will examine one of the elections in American history that was arguably more divisive than those of the current  era: the Election of 1800. This election marked the first time that Americans peacefully transferred power from one political party to another, proving that a republic could be maintained in spite of great personal and political divisions. We will discuss the reasons why tensions were so high during the late 1790s—including several issues that will sound surprisingly familiar, such as freedom of the press and immigration bans. We will also examine the two leaders—Thomas Jefferson and John Adams—who first tried to destroy one another, but who later provided a model for future Americans on how to maintain friendship with a political enemy. Documents will include the Alien and Sedition Acts, Kentucky Resolution, and Jefferson’s First Inaugural Address, as well as several letters between Jefferson, Adams, and their associates.