Please join us in February 2023 for a Virtual Reading Group with Alberto Mingardi. 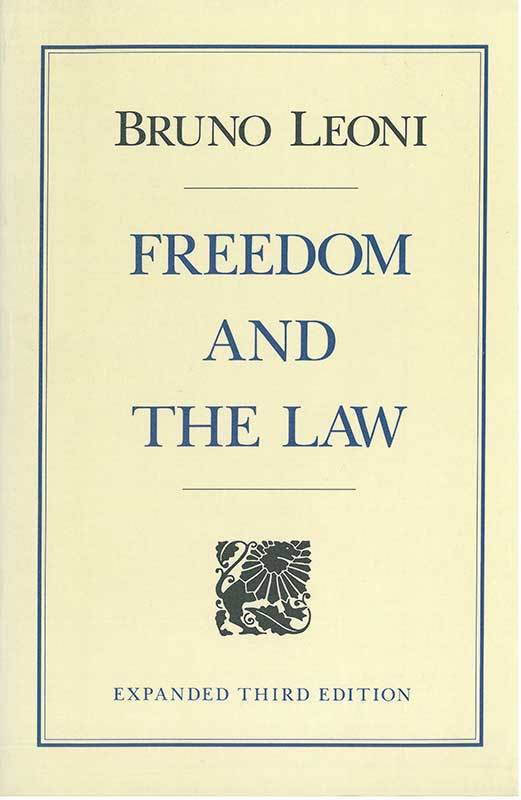 Pre-registration is required, and we ask you to register only if you can be present for ALL sessions. Some of the readings must be purchased in advance. Participants who successfully complete ALL sessions will be eligible to receive an Amazon e-gift certificate.

After WWII, classical liberal thinkers attempted to develop a new version of classical liberalism, more attuned with the needs and issues emerged through the century. Virtually all of them played a special attention to the law. How could law bind rulers effectively? How could it not be outmanoeuvred by parliamentary majorities, in their efforts to abuse minorities and curtail individual liberties? If the old liberal dream of entrusting the defense of individual liberty to a Constitution appeared obsolete, what could it be substituted with?

Bruno Leoni’s efforts should be seen in this context. Leoni, as opposed to Hayek or Buchanan (to mention two giants of classical liberalism who dealt with the above mentioned themes), was a jurist. His approach is rooted in a firm understanding of European, Roman and English law. Also, Leoni was an Italian, hence he experienced first hand the onset of authoritarianism (Leoni was born in 1913, hence was 9 when Benito Mussolini came to power: his youth was lived under fascism) in a country where the dictator did not even touch the old liberal Constitution, but just bypassed it.

In the following four sessions, we will explore Bruno Leoni’s thought, its importance for classical liberalism, the future developments it may entail.

The first session will explore Leoni’s conception of liberty, as outlined in the very early chapters of Freedom and the Law. We will also briefly discuss the figure and the context of Bruno Leoni’s life.

Bruno Leoni, Freedom and the Law, Foreword to the 3rd Edition, Chapter 1 and 2

This session will explore Leoni’s peculiar understanding of the rule of law and the certainty of law, placing it in the context of Leoni’s friendly polemic with F.A. Hayek. The session constitutes the core of the Reading Group, as it deals with the most peculiar of Leoni’s contributions.

F.A. Hayek, The Political Ideal of the Rule of Law (1955), Lecture II. Liberalism and Administration: the Rechsstaat, now in Id, The Market and Other Orders, ed. by Bruce Caldwell (pp. 143-159)

Bruno Leoni, Freedom and the Law, Chapter 3 and 4

What are the consequences of Leoni’s understanding of the law for democracy? What did he make of the concept of “representation”, and how did he trace its developments through time? What, if any, consequences can be drawn from Freedom and the Law for contemporary liberal democracies?

In this session, we will explore the importance of Leoni’s approach for libertarians and the possibile developments of his thought. To that effect, we will read Murray Rothbard’s review of Freedom and the Law and a more recent contribution by Todd Zywicki. We will also read Leoni’s article on the law “as individual claim”: to further explore his view of the law and ponder the research path which he could not develop because of his untimely death

Bruno Leoni, Freedom and the Law, Chapter 8, Conclusion, and “The Law as Individual Claim”