The Intellectual Portrait Series: A Conversation with M. Stanton Evans

The journalist M. Stanton Evans talks about his work as a leading journalist and columnist, his founding of the National Journalism Center in Washington, D.C., and the role of the press and journalists in a free society. 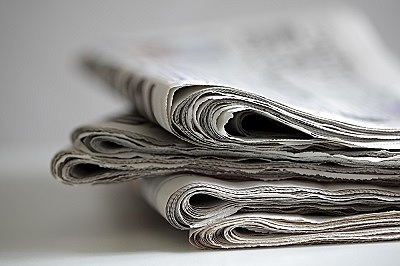 I-Under which famous classical liberal thinker did Evans train during his graduate studies? How has this experience influenced the topics that Evans chooses to write about?

II- What advice does Evans give to his journalism students about what they should write about? Do you think this is good advice? Why?

IV- Summarize the story that Evans tells about the 1960-1965 Conservative party issues. Why do you think Evans puts so much emphasis on this event? What does Evans have to say about Ronald Reagan’s presidency? What does this have to do with the overall theme of liberty?

V- In his book, The Politics of Surrender, Evans discusses some of the issues of how communism was viewed in America during the Cold War-era. Why was/is understanding this topic so important? How does this relate to the research Evans was doing at the time of the interview?

VI- What was dangerous about the Soviet presence in the US and the romanticism of communism in the US from 1960-1990? How does this relate to the situation in China?

VII- How does the nihilist point of view relate to that of the Roman and Greek perspectives of the individual?

VIII- How does the role of the state differ between the pagan society and Western society (even in medieval times)? What is Evans tracing in his book that covers the timeline of society’s use of the state? How does the topic relate to theology? How does Evans tie this to a discussion of the Constitution and the Declaration of Independence?

IX- Explain the historical timeline that Evans uses to put the Declaration of Independence into perspective. What original charter do these ideologies go back to?

X- Explain the phrase “death of magic” that Evans uses. What is the context in which he uses this phrase?

XII- What did Evans hope to succeed in at the National Journalism Center?