Thomas Clarkson and the Abolition of the Slave Trade

Source: Thomas Clarkson, The History of the Rise, Progress, and Accomplishment of the Abolition of the African Slave-Trade by the British Parliament, 2 vols. (London: L. Taylor, 1808). 2 vols.

A Selection of Images

The following images appear in Clarkson’s book along with the large, fold-out “map” which is included below. 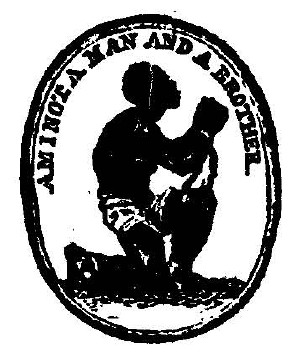 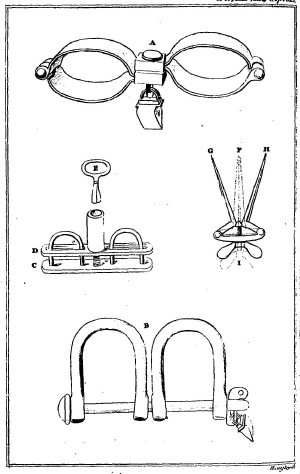 An illustration showing the chains and manacles used to restrain slave on board the ships which transported them to America and the Caribbean. 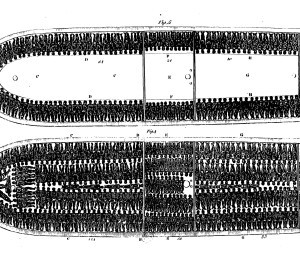 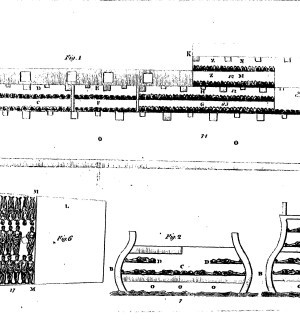 A commonly used illustration of a slave ship showing the cramped quarters in which the slaves were chained in the trip across the Atlantic. It was first used to expose these conditions on board ship in A Broadside sheet, “Description of a Slave Ship” (1789). A larger color version of this image with a transcription of the commentary which accompanied it can be found here.

The River of the Abolitionist Movement

In vol. 1, Chapter XI of Thomas Clarkson’s The History of the Rise, Progress, and Accomplishment of the Abolition of the African Slave-Trade by the British Parliament , 2 vols. (London: L. Taylor, 1808) Clarkson explains the meaning behind the elaborate “map” showing the various intellectual streams which flowed into the gulf of the “abolition of slavery”.

Note that Clarkson’s own name appears as one of the tributaries in the bottom right hand corner, along with Jefferson and other Americans. See the snapshot of this region of the map. Clarkson’s name is visible in this enlarged view of the bottom right hand corner of the map:

Chapter XI. The preceding history of the different classes of the forerunners and coadjutors, to the time of the formation of the committee, collected into one view by means of a map—Explanation of this map—and observations upon it.