Also in the Library:

This section contains Shakespeare’s major poems such as Venus and Adonis, The Rape of Lucrece, A Lover’s Complaint, The Passionate Pilgrim, and the Phoenix and the Turtle, as well as the Sonnets.

This material is put online to further the educational goals of Liberty Fund, Inc. Unless otherwise stated in the Copyright Information section above, this material may be used freely for educational and academic purposes. It may not be used in any way for profit.

PRINTED IN ENGLAND AT THE OXFORD UNIVERSITY PRESS

TO THE RIGHT HONOURABLE HENRY WRIOTHESLY,
EARL OF SOUTHAMPTON, AND BARON OF TICHFIELD.

I know not how I shall offend in dedicating my unpolished lines to your lordship, nor how the world will censure me for choosing so strong a prop to support so weak a burden: only, if your honour seem but pleased, I account myself highly praised, and vow to take advantage of all idle hours, till I have honoured you with some graver labour. But if the first heir of my invention prove deformed, I shall be sorry it had so noble a godfather, and never after ear so barren a land, for fear it yield me still so bad a harvest. I leave it to your honourable survey, and your honour to your heart’s content; which I wish may always answer your own wish and the world’s hopeful expectation.

Your honour’s in all duty,
William Shakespeare.
Edition: current; Page: [1259]

THE RAPE OF LUCRECE

TO THE RIGHT HONOURABLE HENRY WRIOTHESLY
EARL OF SOUTHAMPTON AND BARON OF TICHFIELD.

The love I dedicate to your lordship is without end; whereof this pamphlet, without beginning, is but a superfluous moiety. The warrant I have of your honourable disposition, not the worth of my untutored lines, makes it assured of acceptance. What I have done is yours; what I have to do is yours; being part in all I have, devoted yours. Were my worth greater, my duty would show greater; meantime, as it is, it is bound to your lordship, to whom I wish long life, still lengthened with happiness.

Your lordship’s in all duty,
William Shakespeare.

Lucius Tarquinius,—for his excessive pride surnamed Superbus,—after he had caused his own father-in-law, Servius Tullius, to be cruelly murdered, and contrary to the Roman laws and customs, not requiring or staying for the people’s suffrages, had possessed himself of the kingdom, went, accompanied with his sons and other noblemen of Rome, to besiege Ardea. During which siege the principal men of the army meeting one evening at the tent of Sextus Tarquinius, the king’s son, in their discourses after supper, every one commended the virtues of his own wife: among whom Collatinus extolled the incomparable chastity of his wife Lucretia. In that pleasant humour they all posted to Rome; and intending, by their secret and sudden arrival, to make trial of that which every one had before avouched, only Collatinus finds his wife—though it were late in the night—spinning amongst her maids: the other ladies were all found dancing and revelling, or in several disports. Whereupon the noblemen yielded Collatinus the victory, and his wife the fame. At that time Sextus Tarquinius, being inflamed with Lucrece’ beauty, yet smothering his passions for the present, departed with the rest back to the camp; from whence he shortly after privily withdrew himself, and was, according to his estate, royally entertained and lodged by Lucrece at Collatium. The same night he treacherously stealeth into her chamber, violently ravished her, and early in the morning speedeth away. Lucrece, in this lamentable plight, hastily dispatcheth messengers, one to Rome for her father, and another to the camp for Collatine. They came, the one accompanied with Junius Brutus, the other with Publius Valerius; and finding Lucrece attired in mourning habit, demanded the cause of her sorrow. She, first taking an oath of them for her revenge, revealed the actor, and the whole manner of his dealing, and withal suddenly stabbed herself. Which done, with one consent they all vowed to root out the whole hated family of the Tarquins; and, bearing the dead body to Rome, Brutus acquainted the people with the doer and manner of the vile deed, with a bitter invective against the tyranny of the king: wherewith the people were so moved, that with one consent and a general acclamation the Tarquins were all exiled, and the state government changed from kings to consuls. 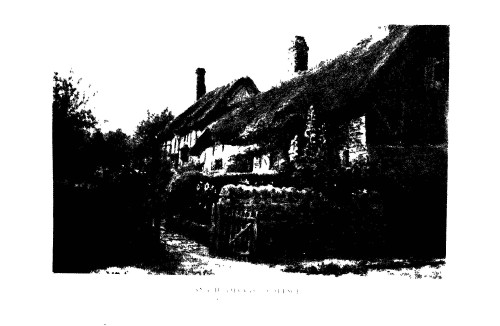 to the onlie · begetter · of · these · insuing · sonnets, Mr. w. h., all happinesse and that · eternitie promised · by · our ever-living poet · wisheth · the well-wishing · adventurer in setting · forth.

SONNETS TO SUNDRY NOTES OF MUSIC

THE PHŒNIX AND THE TURTLE