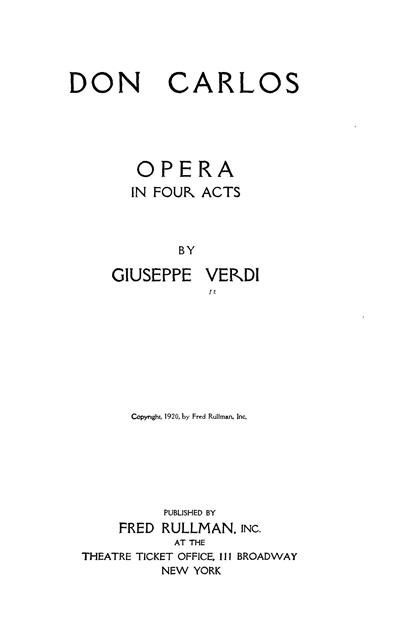 Based on a play by Friedrich Schiller. Don Carlos, the Crown Prince of Spain, is in conflict with his father, Philip II and King of Spain over his love for Elizabeth, the daughter of Henry II, King of France. Don Carlos is arrested by his father for expressing sympathy for the oppressed people of Flanders who are under Spanish rule. A popular uprising forces Philip to release his son from prison but the opera ends with Don Carlos being handed over to the Inquisition.