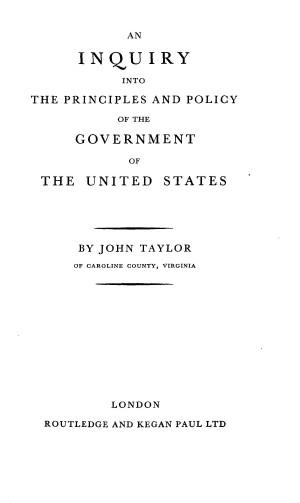 The major political treatise by Taylor, one of the Southern supporters of Jefferson, who opposed the centralization of power in the hands of the federal government. It was in large part a reply to John Adam’s Defence of the Constitution (1787).

An Inquiry into the Principles and Policy of the Government of the United States (Fredericksburg, VA.: Green and Cady, 1814).