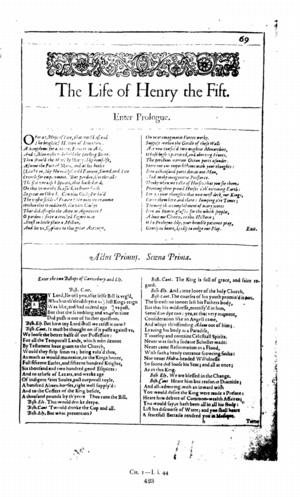 One of Shakespeare’s most popular plays, Henry V has spoken to generation after generation because its complex view of military action has allowed for each generation of readers to interpret the play’s stance of war according to their own context. This is a facsimile edition of the play from the First Folio edition of 1623.