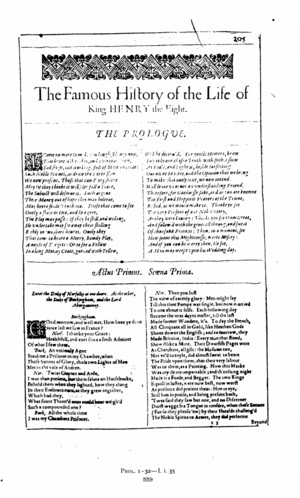 Shakespeare’s Henry VIII may be best known not for its plot or poetry, but because during one of its earliest performances a cannon, shot for special effects, caught the theater’s thatched roof on fire, and the Globe burned to the ground. The historical material is equally incendiary, as Shakespeare deals with Henry’s divorce and his creation of the English church. This is a facsimile edition of the play from the First Folio edition of 1623

The greatest English writer before Shakespeare, Chaucer pioneered the use of English, rather than French or Latin, for serious literary works. He also brought all classes of society onto the page together, particularly in his masterwork, The Canterbury Tales.