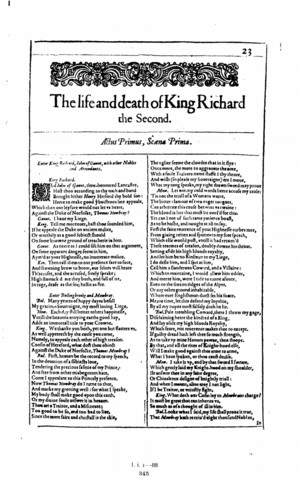 Shakespeare’s Richard II is a puzzling play about a puzzling historical figure. Is Richard II a weak king who is shamefully deposed? Is he a noble king who chooses to abdicate to spare his people the horrors of war? This is a facsimile edition of the play from the First Folio edition of 1623.