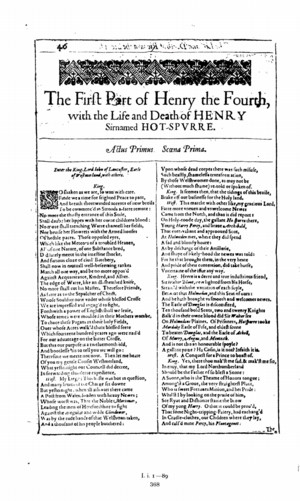 Shakespeare’s King Henry IV, Part One focuses not only on powerful political drama, but on the way that political drama is echoed in the relationship of a father and son. Henry IV has risked everything, including his soul, to take the crown from Richard II, but can his son ever be a worthy successor? This is a facsimile edition of the play from the First Folio edition of 1623.