The Ideal Element in Law 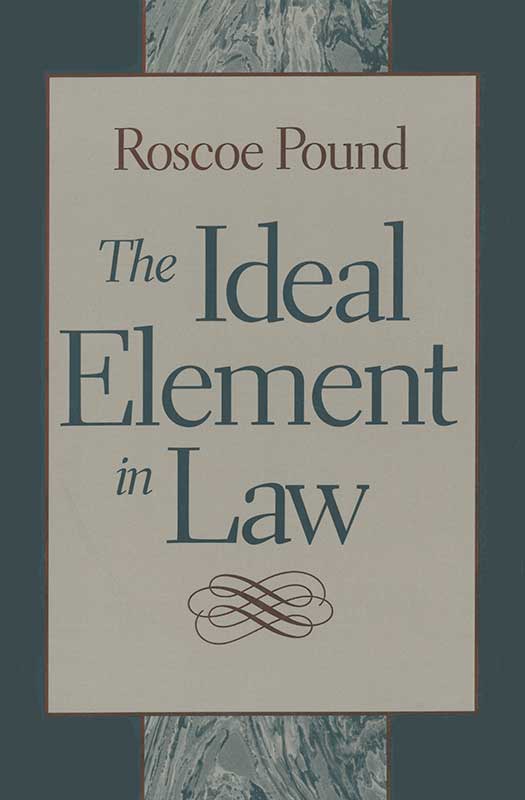 Roscoe Pound, former dean of Harvard Law School, delivered a series of lectures at the University of Calcutta in 1948. In these lectures, he criticized virtually every modern mode of interpreting the law because he believed the administration of justice had lost its grounding and recourse to enduring ideals. Now published in the U.S. for the first time, Pound’s lectures are collected in Liberty Fund’s The Ideal Element in Law, Pound’s most important contribution to the relationship between law and liberty. The Ideal Element in Law was a radical book for its time and is just as meaningful today as when Pound’s lectures were first delivered. Pound’s view of the welfare state as a means of expanding government power over the individual speaks to the front-page issues of the new millennium as clearly as it did to America in the mid-twentieth century. Pound argues that the theme of justice grounded in enduring ideals is critical for America. He views American courts as relying on sociological theories, political ends, or other objectives, and in so doing, divorcing the practice of law from the rule of law and the rule of law from the enduring ideal of law itself.