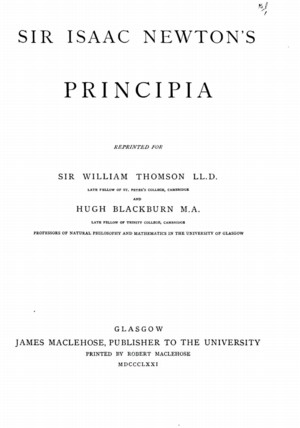 Newton’s most famous work Principia (1687) explains the laws governing the motion of physical objects (heavenly and otherwise). Principia rests on the new branch of mathematics that Newton invented simultaneously with Leibniz (1646-1716), calculus, a tool that allowed mathematicians to move beyond the work done by the ancient Greeks for the first time in almost two thousand years. Newton provided explanations for fundamental natural phenomena: gravitation, the motion of the planets, and the mechanics of physics on earth.