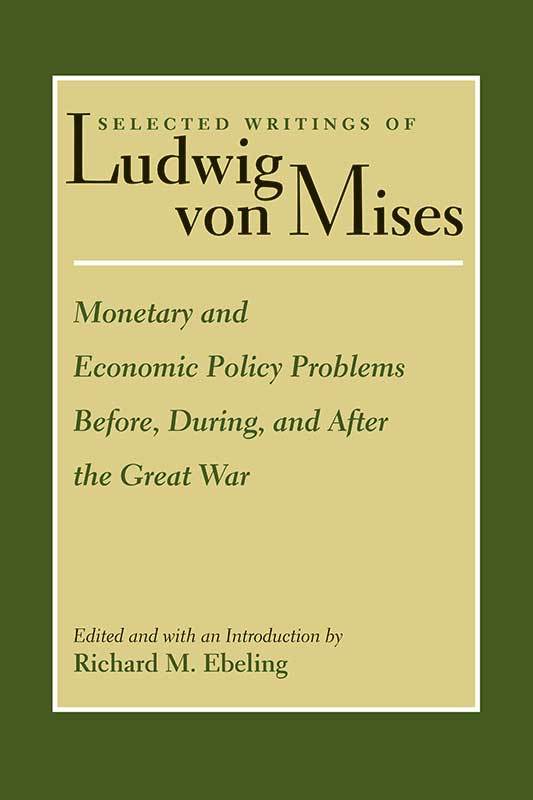 A three volume collection of Mises writings from the so-called “lost papers” which were found in a Moscow archive in 1996. There were seized by the Gestapo originally and then taken back to Russia after the war by the Russian government. Vol. 1 deals with “Monetary and Economic Problems Before, During, and After the Great War”; vol. 2 with “Between the Two World Wars: Monetary Disorder, Interventionism, Socialism, and the Great Depression”; and vol. 3 with “The Political Economy of International reform and Reconstruction.” They have been edited by Richard M. Ebeling.