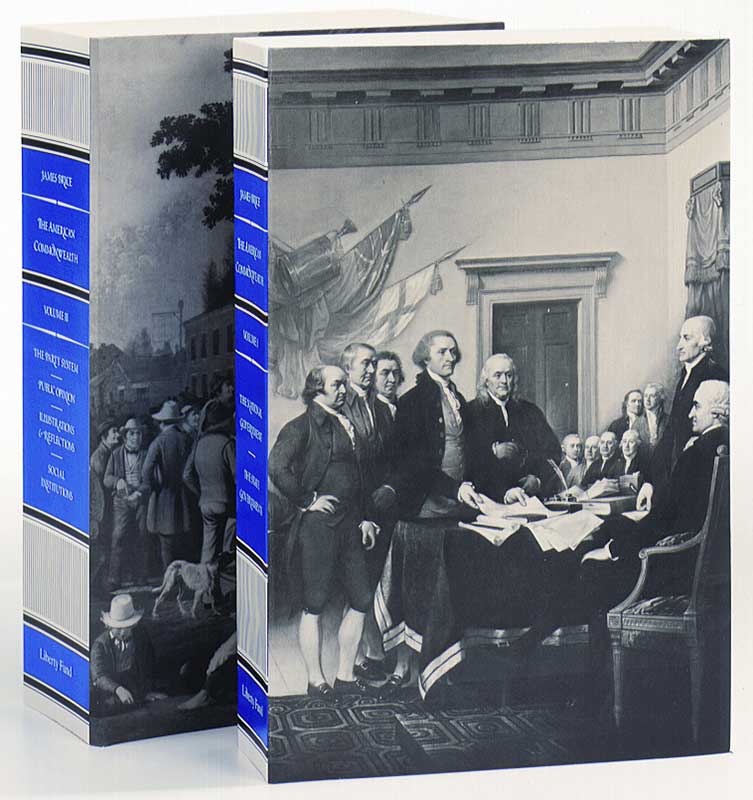 In Democracy in America (1835) the Frenchman Alexis de Tocqueville interpreted American society through the lens of democratic political theory. A half-century later the Scotsman James Bryce examined “the institutions and the people of America as they are.” Bryce presented his findings in The American Commonwealth, first published in London in three volumes in 1888. This new Liberty Fund two-volume edition is based on the updated third edition of 1941, which encompassed all the changes, corrections, and additions that Bryce entered into the previous editions. Its expanded appendix includes Bryce’s 1887 essay, “The Predictions of Hamilton and De Tocqueville,” and contemporaneous (1889) reviews of The American Commonwealth by Woodrow Wilson and Lord Acton.