Home / Titles / Government by Judiciary: The Transformation of the Fourteenth Amendment

Government by Judiciary: The Transformation of the Fourteenth Amendment 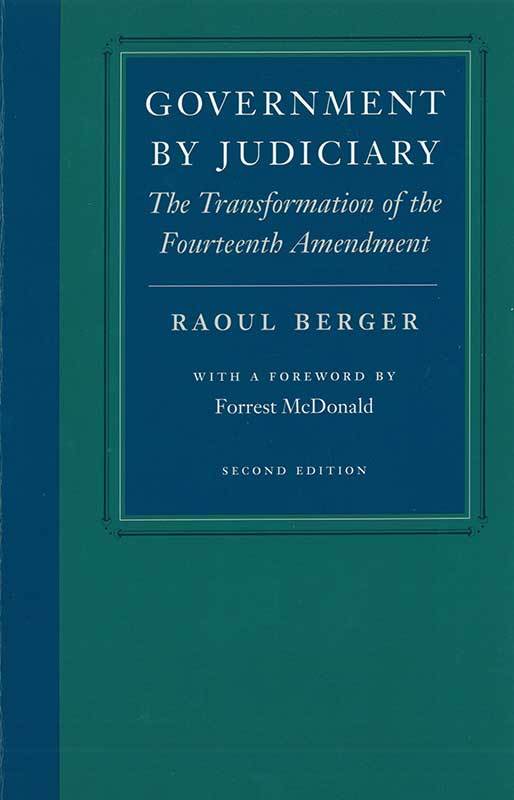 It is the thesis of this monumentally argued book that the United States Supreme Court - largely through abuses of the Fourteenth Amendment to the Constitution?has embarked on “a continuing revision of the Constitution, under the guise of interpretation.” Consequently, the Court has subverted America’s democratic institutions and wreaked havoc upon Americans’ social and political lives. One of the first constitutional scholars to question the rise of judicial activism in modern times, Raoul Berger points out that “the Supreme Court is not empowered to rewrite the Constitution, that in its transformation of the Fourteenth Amendment it has demonstrably done so. Thereby the Justices, who are virtually unaccountable, irremovable, and irreversible, have taken over from the people control of their own destiny, an awesome exercise of power.” This new second edition includes the original text of 1977 and extensive supplementary discourses in which the author assesses and rebuts the responses of his critics.

Read the Liberty Classic on this title from Law & Liberty