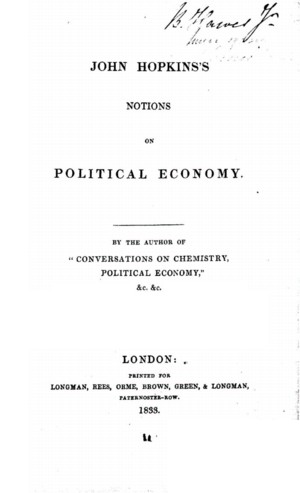 Marcet was self-taught in many fields and became a successful popularizer of several demanding fields (such as chemistry and economics) in spite of being discriminated against as a women. This book is one of her works of popularizing economic theory, as seen through the eyes of honest John Hopkins, a poor laborer on low wages.