General History of Civilization in Europe 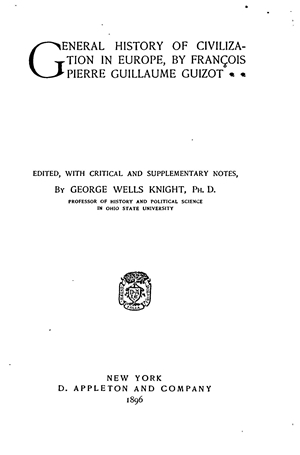 Guizot presented the lectures upon which this book is based in 1828 at the Sorbonne where he was professor of history. He provides a survey of European history and culture from its beginnings until the French Revolution. He wants to show what is unique to European “civilisation”, such as feudalism, the rise of the free cities, the centralised monarchies, and revolutions in England and France.