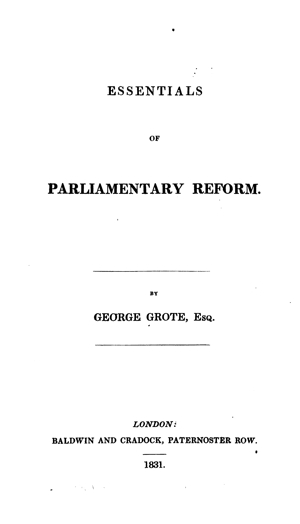 This was the second work by George Grote on parliamentary reform. It was published on the eve of the passage of the First Reform Act of 1832 which largely achieved the goals of the Philosophic Radicals around James Mill.