Home / Titles / The Ultimate Foundation of Economic Science: An Essay on Method

The Ultimate Foundation of Economic Science: An Essay on Method 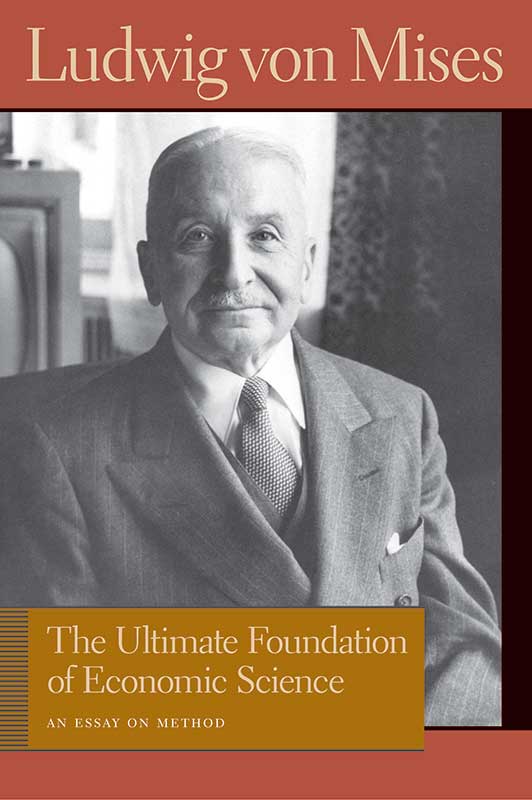 Written toward the end of Mises’s life, his last monograph, The Ultimate Foundation of Economic Science, returned to economics as a science based on human action. Mises believed that, since the publication of Human Action, economists and scientists alike had misinterpreted the idea of economics as a science by deeming it epistemological positivism—that they believed that the “science” basis was still more rooted in philosophy than in actual science. In this volume, Mises argued that economics is a science because human action is a natural order of life and that it is the actions of humans that determine markets and capital decisions. Since Mises believed these links could be proven scientifically, he concluded that economics, with its basis on that human action, is indeed a science in its own right and not an ideology or a metaphysical doctrine.