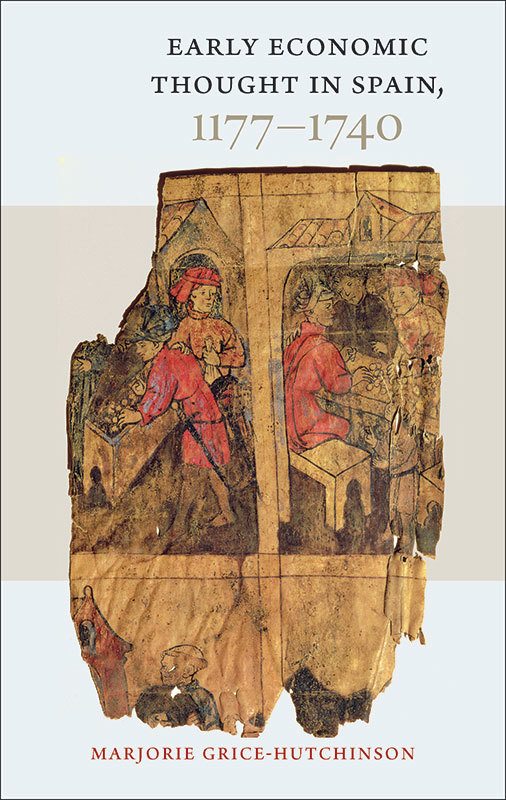 In the sixteenth and early seventeenth centuries, clerics gave lectures at the University of Salamanca on such topics as the varying purchasing power of money, the morality of money, and how price is determined. While she was teaching at the London School of Economics, Marjorie Grice-Hutchinson was urged to investigate early records of these lectures. Her study of the manuscript notes of these then-obscure lectures led to her interest in the development of economic ideas in early Spain and their subsequent influence on the rest of Western Europe. The ideas of the Spanish scholastics influenced the work of Pufendorf, Locke, and Hutcheson, and the economic thinking of Condillac, Turgot, and Say. Grice-Hutchinson studied at the London School of Economics, where she received her Ph.D. on the monetary theory of the School of Salamanca under the supervision of F. A. Hayek.