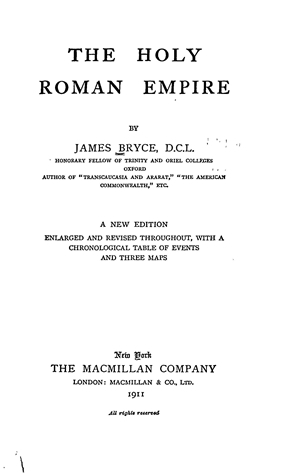 The Holy Roman Empire. A New Edition, enlarged and revised throughout, with a Chronological Table of Events and Three Maps (New York: The Macmillan Co., 1911).