The First Book of Kings (KJV) 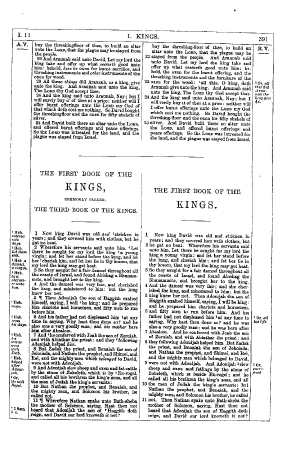 The King James only version from the Oxford parallel version of the Old and New Testaments with the King James Version in one column and the revised Version in another column.

The Parallel Bible. The Holy Bible containing the Old and New Testaments translated out of the Original Tongues: being the Authorised Version arranged in parallel columns with the Revised Version (Oxford University Press, 1885). The First Book of Kings.