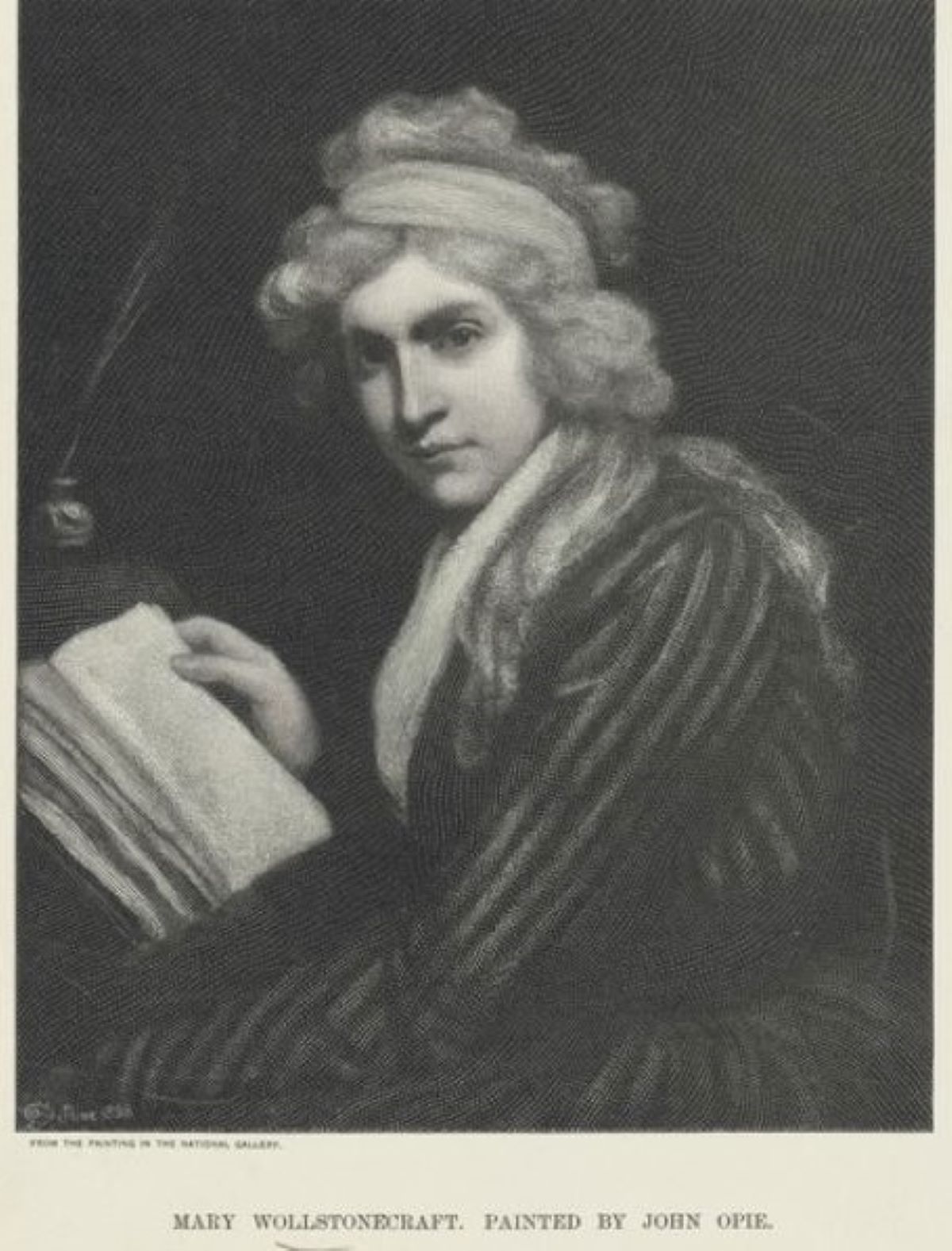 In Marvel's film Black Widow (2021), the Red Guardian (Alexei) praises the achievements of the two women he had pretended to father as part of a Russian sleeper cell: "Yelena, you went on to become the greatest child assassin the world has ever known." And Natasha Romanoff, the famous Black Widow and Avenger, excelled even more: "You've killed so many people; I could not be more proud of you."

Unsurprisingly, Yelena and Natasha are not pouring champagne, much less rushing into Alexei's arms. As Yelena explains, her forced training as an assassin in the "Red Room" not only left much to be desired but stole something she needs: her uterus.
"I did my best to make sure that you would succeed and achieve your fullest potential, and everything worked out," Alexei protests, confused. Why would she be upset over a little surgery?
Alexei's confusion both lightens the scene and evokes a problem that has vexed writers for millennia: the proper education of women. Mary Wollstonecraft skewers equally deluded men of the eighteenth century in A Vindication of the Rights of Woman (1792).
One of her targets, John Gregory, wrote A Father's Legacy to His Daughters to educate ladies for their roles as elegant wives. Far from encouraging martial arts, he warns women against boasting of good health: "when a woman speaks of her great strength, her extraordinary appetite, her ability to bear excessive fatigue, we [men, of course] recoil at the description in a way she is little aware of."
Moreover, the self-assertion of Natasha and Yelena must be avoided at all costs. Ladies are to exhibit "modest reserve," not confidence; blushes, not marksmanship. "Be even cautious in displaying your good sense," Gregory advises.
It's no wonder that Gregory's advice exasperates Wollstonecraft to the same extent that Alexei's ideals irritate his "daughters." She insists,

the most perfect education . . . is such an exercise of the understanding as is best calculated to strengthen the body and form the heart. Or, in other words, to enable the individual to attain such habits of virtue as will render it independent. In fact, it is a farce to call any being virtuous whose virtues do not result from the exercise of its own reason.

As a result, "all the writers who have written on the subject of female education and manners from Rousseau to Dr. Gregory, have contributed to render women more artificial, weak characters, than they would otherwise have been; and consequently more useless members of society."
Wollstonecraft's emphasis on women as both individuals and members of society is central to her argument. The context was the French Revolution, and she boldly dedicates this Vindication to Charles Maurice de Talleyrand-Périgord, a French diplomat who advocated education for men (who he argued lived on the world's stage) but not women (who managed the home). Wollstonecraft argues,

Contending for the rights of woman, my main argument is built on this simple principle, that if she be not prepared by education to become the companion of man, she will stop the progress of knowledge and virtue; for truth must be common to all, or it will be inefficacious with respect to its influence on general practice.

But virtue cannot be attained "unless freedom strengthen her reason till she comprehend her duty, and see in what manner it is connected with her real good."
Wollstonecraft brilliantly links reason and freedom to underscore how education benefits individuals and society as a whole. To deny women the education necessary to cultivate reason is only to turn them into "slaves, but slavery will have its constant effect, degrading the master and the abject dependent."
The plight of the "widows" in Marvel's film makes these effects visual and even visceral for theater goers. In this world, the evil Dreykov transforms girls into Russian assassins using chemically induced mind control. As the chief scientist, Melina, explains to Natasha and Yelena, "We stole the key to unlocking free will."
Such control is power. Dreykov boasts, "My widows can start and end wars." But Dreykov's goals are not their goals. Once the widows receive the antidote to the chemical mind control (a gas that instantly counteracts the drug), they stop fighting. And once they halt, they face the responsibility of freedom. Natasha confirms, "You get to make your own choices now."
For Yelena, the possibilities are exciting, if daunting: "I've never had control over my own life, and now I want to do things." Initially such "things" include buying a vest with lots of pockets (handy for knives).  But in the film's final scene, it includes getting the dog she wanted--a symbol of companionship and chosen responsibilities.
That Black Widow and films like it exist is due to earlier feminists such as Mary Wollstonecraft, who crystallized the relationships among freedom, reason, education, and virtue. Her goal was to resist the thinking that led figures like Rousseau to oppress one group to retain power. She explains:
"Educate women like men," says Rousseau, "and the more they resemble our sex the less power will they have over us." This is the very point I aim at. I do not wish them to have power over men; but over themselves.
In embracing that power, surely Marvel's heroines are the descendants of Wollstonecraft and the role models for a new generation of women.