The 4th Day of Christmas: Dante Alighieri on human perfectibility and peace on earth (1559) 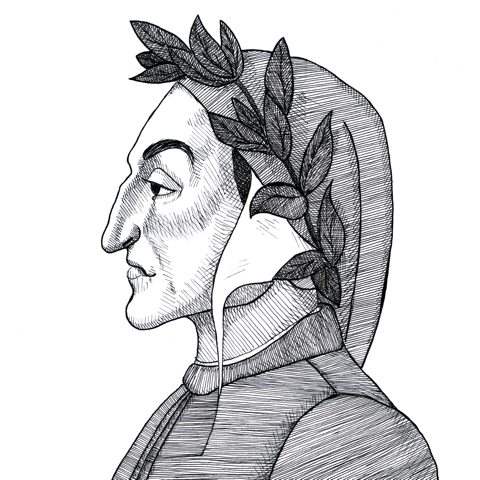 The Florentine poet Dante Alighieri (1265-1321) believed in a universal monarch who would end the squabbling and bloodshed between rival kings and lords in Europe. Only under such a regime could peace be established under which humanity could thrive and prosper:

It has now been satisfactorily explained that the proper function of the human race, taken in the aggregate, is to actualize continually the entire capacity of the possible intellect, primarily in speculation, then, through its extension and for its sake, secondarily in action. And since it is true that whatever modifies a part modifies the whole, and that the individual man seated in quiet grows perfect in knowledge and wisdom, it is plain that amid the calm and tranquillity of peace the human race accomplishes most freely and easily its given work. How nearly divine this function is revealed in the words, “Thou hast made him a little lower than the angels.” Whence it is manifest that universal peace is the best of those things which are ordained for our beatitude. And hence to the shepherds sounded from on high the message not of riches, nor pleasures, nor honors, nor length of life, nor health, nor beauty; but the message of peace. For the heavenly host said, “Glory to God in the highest, and on earth peace among men in whom he is well pleased.” Likewise, “Peace be unto you” was the salutation of the Saviour of men. It befitted the supreme Saviour to utter the supreme salutation. It is evident to all that the disciples desired to preserve this custom; and Paul likewise in his words of greeting.

It is curious to find an argument in a 16th century text in defence of monarchy these passages extolling peace as the best way human beings can achieve perfectibility in both thought and action. One would normally associate the idea of perfectibility with the 18th century enlightenment, most notably Condorcet, or the early 19th century with Wilhelm von Humboldt. Yet here Dante states that the quiet, calm, and tranquility provided by a state of peace allows the human race to “accomplish most freely and easily its given work” which is in the first instance intellectual or speculative in nature (thus literature or philosophy) and secondly by “extension” all other types of “action” in the physical world. One wonders if one might take this to mean all manner of economic activity including trade and exchange with others? Dante links these ideas to religion with the idea that this state of peace brings human beings closer to that of the angels where a situation of beatitude might be achieved as promised by the heavenly host at the birth of Christ. We include with this quotation the notes of the translator Aurelia Henry which provide a list of other passages from Dante’s works where he discusses peace, suggesting that it was of great concern to him.