William Leggett on the separation of bank and state (1837) 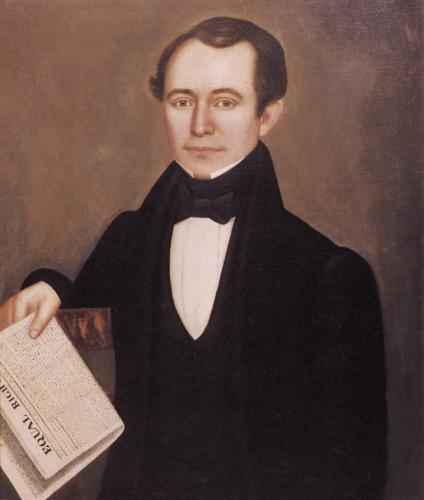 The Jacksonian era journalist William Leggett (1801-1839) was the intellectual leader of the laissez-faire wing of Jacksonian democrats. He believed that the “separation of bank and state” was an essential part of “democratic” economic policy:

In the complete separation of government from the bank and credit system consists the chief hope of renovating our prosperity, and restoring to the people those equal rights, which have so long been exposed to the grossest violations. Leave credit to its own laws. It is an affair between man and man, which does not need special government protection and regulation. Leave banking to be conducted on the same footing with any other private business, and leave the banker to be trusted or not, precisely as he shall have means to satisfy those who deal with him of his responsibility and integrity. All this is a matter for men to manage with each other in the transaction of private affairs.

If Alice in Wonderland were to fall down a rabbit hole and appear in America in 1837 she would have seen another good example of a place where big is small and words can mean whatever you want them to mean. In this case she would have come across a nearly unimaginable Democratic Party which advocated laissez-faire economic policies. Leggett makes a distinction between two types of government, one which is based upon “the principle of aristocracy” and the other based upon “the principle of democracy”. The “aristocrats” want a national bank which issues paper money which will benefit the wealthy and a government which will manipulate prices which will harm the average worker. Economic policies based up the principle of democracy would treat everybody equally and “leav(e) all other things to be regulated by unfettered enterprise and competition.” Thus, in Leggett’s mind there was an intimate connection between “free trade” and the “separation of bank and state”.