William Cobbett on the dangers posed by the “Paper Aristocracy” (1804) 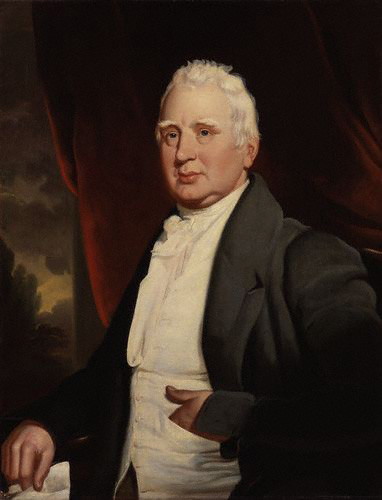 The English radical William Cobbett (1763-1835) objected to the funding of the war against Napoleon by issuing debt and suspending gold payments. He called the financial elite who benefited from the huge increase in government debt as the “Paper Aristocracy”:

Amongst the great and numerous dangers to which this country, and particularly the monarchy, is exposed, in consequence of the enormous public debt, the influence, the powerful and widely-extended influence, of the monied interest is, perhaps, the most to be dreaded …

I mean an interest hostile alike to the land-holder and to the stock-holder, to the colonist, to the real merchant, and to the manufacturer, to the clergy, to the nobility and to the throne; I mean the numerous and powerful body of loan-jobbers, directors, brokers, contractors and farmers general, which has been engendered by the excessive amount of the public debt, and the almost boundless extension of the issues of paper-money,——It was a body very much like this, which may with great propriety, I think, be denominated the Paper Aristocracy, that produced the revolution in France.

In this critique of the massive increase in British government debt to fund the war against Napoleon, Cobbett makes two interesting points. One is the observation that a similar thing had happened in France and this was a bad omen for what Prime Minister Pitt was doing in England, what he called the “Pitt System”. The French state had massive debts which it could not pay off from the war against England fought in North America during the 1750s and 1760s. In an attempt to do so, it became indebted to its own Paper Aristocracy of state financiers and tax farmers with dire consequences. To raise more money the King called a meeting of the Estates General, which triggered the Revolution in 1788-89. The second point Cobbett makes, is that he makes a clear distinction between the non-productive, parasitical financiers of state debt (the Paper Aristocracy) and other productive members of the economy such as “the land-holder and the stock-holder, the colonist, the real merchant, and the manufacturer.”