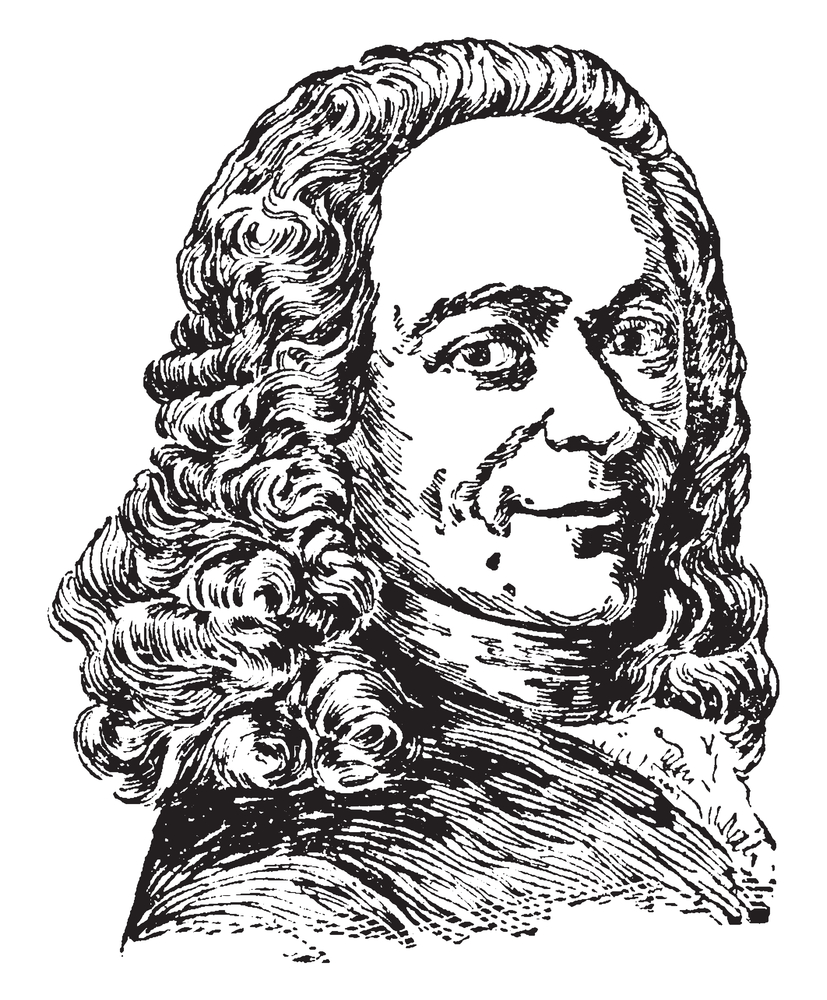 Found in Toleration and Other Essays

Human law must in every case be based on natural law. All over the earth the great principle of both is: Do not unto others what you would that they do not unto you. Now, in virtue of this principle, one man cannot say to another: “Believe what I believe, and what thou canst not believe, or thou shalt perish.” Thus do men speak in Portugal, Spain, and Goa. In some other countries they are now content to say: “Believe, or I detest thee; believe, or I will do thee all the harm I can. Monster, thou sharest not my religion, and therefore hast no religion; thou shalt be a thing of horror to thy neighbours, thy city, and thy province” … The supposed right of intolerance is absurd and barbaric. It is the right of the tiger; nay, it is far worse, for tigers do but tear in order to have food, while we rend each other for paragraphs.

Voltaire was one of those thinkers who got more radical as he got older. After a successful life as a best selling poet and playwright Voltaire could have chosen a life of peace and quiet but instead became fired up with a passion to rectify the great wrong to the Calas family cause by religious intolerance. He began a crusade to have their case brought to the public’s attention and compensation be paid to the distraught family. He succeeded in doing both.