Home / Quotations / Thomas Aquinas on why the l... 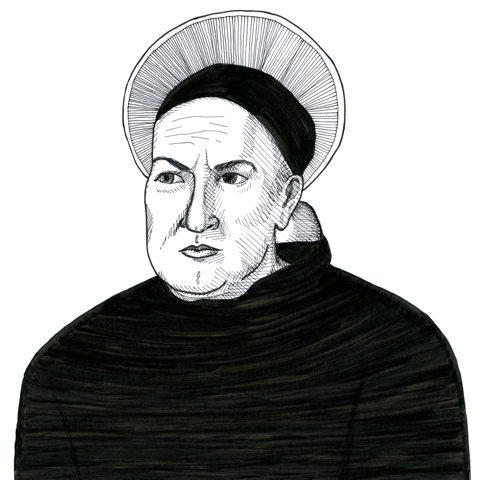 Found in Aquinas Ethicus: or, the Moral Teaching of St. Thomas, vol. 1

The Italian Dominican theologian Saint Thomas Aquinas (1225-1275) argues the because the majority of people are weak and not perfect, human laws should not punish individuals for engaging in vice unless it causes harm to others:

(A) human law is laid down for a multitude, the majority of whom consists of men not perfect in virtue. And therefore not all the vices from which the virtuous abstain are prohibited by human law, but only those graver excesses from which it is possible for the majority of the multitude to abstain, and especially those excesses which are to the hurt of other men, without the prohibition of which human society could not be maintained, as murder, theft, and the like.

The distinction between “vice” and “crime” goes back centuries in human thinking. Here we have a very early expression the Catholic theologian Thomas Aquinas from the 13th century. One way one might look at the problem is to think of vice as any “self-harming” (or potentially self-harming) activity such as drinking or prostitution, and crime as any “other harming” activity such as robbery or murder. The question then becomes what is the proper role of the state in preventing or policing harmful activity. One answer which both Aquinas and Lysander Spooner 600 years later advocated, was for the state to concern itself only with the latter, and to leave the former to the individual concerned (they would directly feel the consequences of their actions and might take steps to learn from this) or to their God. See Spooner’s 1875 pamphlet Vices are Not Crimes for more on this perspective.