Mercy Otis Warren asks why people are so willing to obey the government and answers that it is supineness, fear of resisting, and the long habit of obedience (1805) 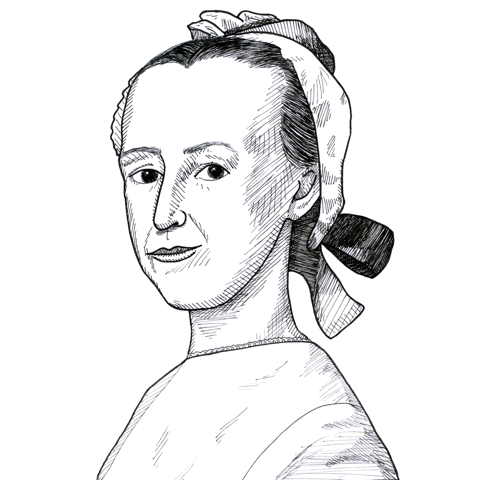 Found in History of the Rise, Progress, and Termination of the American Revolution vol. 1

In her pioneering History of the American Revolution (1805) Mercy Otis Warren (1728-1814) reflected upon the propensity of human beings to obey authority out of old habits of obedience until they have been pushed to the limits by despotic masters.

[T]here is a certain supineness which generally overspreads the multitude, and disposes mankind to submit quietly to any form of government, rather than to be at the expense and hazard of resistance. They become attached to ancient modes by habits of obedience, though the reins of authority are sometimes held by the most rigorous hand. Thus we have seen in all ages the many become the slaves of the few; preferring the wretched tranquillity of inglorious ease, they patiently yield to despotic masters, until awakened by multiplied wrongs to the feelings of human nature; which when once aroused to a consciousness of the native freedom and equal rights of man, ever revolts at the idea of servitude.

Like many authors Warren asks a key question: why do people so readily obey the government? David Hume believed that it was a combination of physical force on the part of the government as well as an ideological belief in the legitimacy of the rulers. Warren seems to think it is perhaps inherent in human nature (“supiness”) but she does admit that resistance does sometime occur (like the American Revolution) and it is again as a result of something in human nature which “ever revolts at the idea of servitude”. She does however admit of some economic reasons for obedience such as old habits of thought which are hard to shake off, and fear of retribution or punishment by the state.