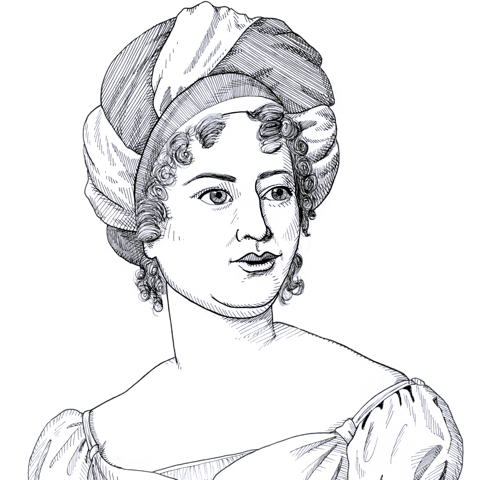 One of Napoleon’s most persistent critics was Germaine de Staël (1766-1817) who sheltered many liberal opponents of the regime in her salon at Coppet in Switzerland. In one of the first histories of the French Revolution she identifies the ways in which Napoleon manipulated power to establish his tyranny:

It is generally after long civil troubles that tyranny is established, because it offers the hope of shelter to all the exhausted and timorous factions. Bonaparte said of himself with reason that he could play admirably upon the instrument of power. In truth, as he is attached to no principles, nor restrained by any obstacles, he presents himself in the arena of circumstances like a wrestler, no less supple than vigorous, and discovers at the first glance the points in every man or association of men which may promote his private designs. His scheme for arriving at the dominion of France rested upon three principal bases—to satisfy men’s interests at the expense of their virtues, to deprave public opinion by sophisms, and to give the nation war for an object instead of liberty.

Germaine de Stael knew something about tyranny. As the daughter of the last minister of finance under the old regime, Jacques Necker, and a committed liberal throughout the Revolution and Napoleon’s empire, she was persecuted and forced to flee to Switzerland. Her revenge was to sponsor a famous liberal salon in her family chateau at Coppet in Switzerland where she gave shelter and support to many liberal critics of the regime. She also wrote one of the first histories of the French Revolution in which she was able to savagely critique Napoleon’s tyrannical rule. This quotation is an excellent example of her thinking.