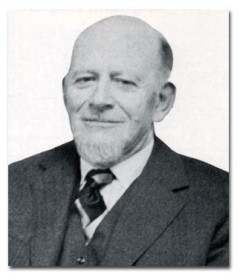 Found in Capital, Expectations, and the Market Process

In an article he wrote in 1956 the Austrian school economist Ludwig M. Lachmann (1906 - 1990) observed that the free market created a “leveling process” in the distribution of wealth because wealth did not stay in any particular person’s hands for long unless they they had the skill to successfully satisfy the demands of consumers in the face of constantly changing conditions:

The market process is thus seen to be a leveling process. In a market economy a process of redistribution of wealth is taking place all the time before which those outwardly similar processes which modern politicians are in the habit of instituting, pale into comparative insignificance, if for no other reason than that the market gives wealth to those who can hold it, while politicians give it to their constituents who, as a rule, cannot.

This process of redistribution of wealth is not prompted by a concatenation of hazards. Those who participate in it are not playing a game of chance, but a game of skill. This process, like all real dynamic processes, reflects the transmission of knowledge from mind to mind. It is possible only because some people have knowledge that others have not yet acquired, because knowledge of change and its implications spread gradually and unevenly throughout society.

In this essay the Austrian school economist Ludwig Lachmann (who was in fact born in Berlin so hence German not Austrian) examines the social implications of the Austrian idea of the market as a process for disseminating economic information in a constantly changing world. Since there is constant change in people’s preferences for goods and services, in the supply of those goods and services, and thus their prices, there can be no “equilibrium” state which is ever reached in an economy, only the constant shifting of resources from one activity to another. He concludes from this two things; firstly, that there is a “leveling process” at work governing the distribution of wealth because wealth did not stay in any particular person’s hands for long unless they they had the skill to successfully satisfy the demands of consumers in the face of ever changing conditions. Secondly, drawing upon the class analysis of the Italian liberal Vilfredo Pareto (1848–1923) who developed the idea of the “circulation of elites”, there was also a constant “circulation of economic elites” or entrepreneurs and capitalists as “(w)ealth is unlikely to stay for long in the same hands. It passes from hand to hand as unforeseen change confers value, now on this, now on that specific resource, engendering capital gains and losses. The owners of wealth, we might say with Schumpeter, are like the guests at a hotel or the passengers in a train: They are always there but are never for long the same people.” Lachmann prefers this kind of inbuilt economic “redistribution of wealth” in the free market to the politicized “redistribution of wealth” advocated by politicians and their supporters.