Home / Quotations / John Jay on the pretended a... 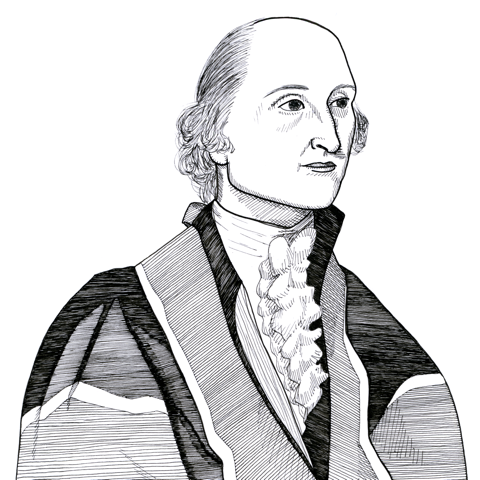 One of the authors of the Federalist Papers and the first Chief Justice of the U.S., John Jay (1745-1829), warns about the dangers of a nation giving just cause to other nations for beginning hostilities, such as personal ambition and glory, revenge, or private benefit:

But the safety of the people of America against dangers from foreign force depends not only on their forbearing to give just causes for war to other nations, but also on their placing and continuing themselves in such a situation as not to invite hostility or insult; for it need not be observed, that there are pretended as well as just causes of war.

It is too true, however disgraceful it may be to human nature, that nations in general will make war whenever they have a prospect of getting anything by it; nay, that absolute monarchs will often make war when their nations are to get nothing by it, but for purposes and objects merely personal, such as a thirst for military glory, revenge for personal affronts, ambition, or private compacts to aggrandize or support their particular families or partisans.

Although John Jay distinguishes between the behavior of a democratic republic and that of an absolute monarch when it comes to provoking and starting wars one wonders if this distinction would be so clear in his mind if he were to observe the behaviour of some modern democracies. However, he make two interesting points which we need to consider: firstly, the gloomy notion that nations will make war whenever they think they will benefit from doing so and can get away with it. His second point is his distinction between just causes of war and “pretended” causes of war. A “humbler” foreign policy might avoid many of Jay’s concerns about a nation “placing [itself] in such a situation as … to invite hostility or insult” and thus provide a pretended cause for starting a war.