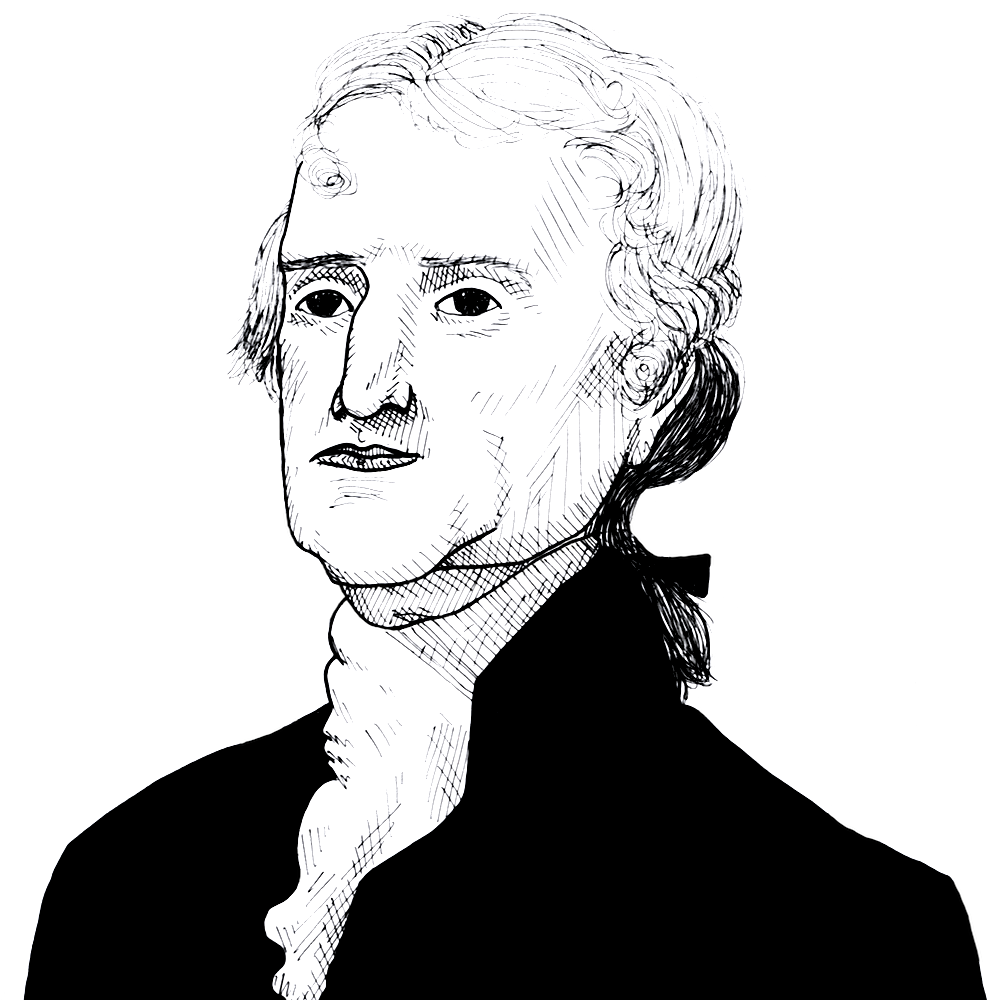 We reproduce here a selection of the objections to acts of the British Empire which enraged the colonists in 1776. This comes from the first draft written by Thomas Jefferson before it was amended by his colleagues. Most notable for its exclusion from the final version are Jefferson’s remarks about slavery, “this war against human nature itself”:

He has endeavoured to prevent the Population of these States; for that purpose obstructing the Laws for naturalization of foreigners; refusing to pass others to encourage their Migrations hither; and raising the Conditions of new Appropriations of Lands.

He has suffered the Administration of Justice totally to cease in some of these Colonies, refusing his Assent to Laws for establishing Judiciary Powers.

He has made our Judges dependent on his Will alone, for the Tenure of their offices, and amount of their Salaries:

He has created a Multitude of new offices by a Self-assumed Power, and sent hither swarms of officers to harrass our People and eat out their Substance.

He has kept among us, in Times of Peace, Standing Armies and Ships of War.

He has affected to render the military, independent of, and Superiour to, the civil Power.

He has combined with others to subject us to a Jurisdiction foreign to our Constitution and unacknowledged by our Laws; giving his Assent to their pretended Acts of legislation; for quartering large Bodies of armed Troops among us; for protecting them by a Mock Tryal from Punishment for any Murders they should commit on the Inhabitants of these States; for cutting off our Trade with all Parts of the World; for imposing Taxes on us without our Consent; for depriving Us of the Benefits of Trial by Jury; for transporting us beyond Seas to be tried for pretended offenses, for taking away our Charters, and altering fundamentally the Forms of our Government; for suspending our own Legislatures and declaring themselves invested with Power to legislate for us in all Cases whatsoever.

He is at this Time transporting large Armies of foreign Mercenaries to complete the Works of death, Desolation, and Tyranny, already begun with Circumstances of Cruelty and Perfidy unworthy the Head of a civilized Nation.

He has waged cruel War against human Nature itself, violating its most sacred Rights of Life and Liberty in the Persons of a distant People who never offended him, captivating and carrying them into Slavery in another Hemisphere, or to incur miserable Death, in their Transportation thither. This piratical Warfare, the opprobrium of infidel Powers, is the Warfare of the Christian King of Great Britain.

He has prostituted his Negative for Suppressing every legislative Attempt to prohibit or to restrain an execrable Commerce, determined to keep open a Markett where Men should be bought and sold, and that this assemblage of Horrors might want no Fact of distinguished Die

One wonders what Thomas Jefferson would think if he were to come back to life and see the modern world for himself. What list of new objections to the use of power by the state would he draw up now? We have returned to his original draft of the Declaration of Independence before it was amended by his colleagues in the effort to reach consensus for a common declaration which would express the concerns of all of the colonists. It no doubt reflects more closely his own thinking on the subject before all the compromises were made. The articles we have selected appear to have some contemporary relevance. We have also included the two articles criticizing slavery. Unfortunately, in order to get southern slave holders to support the Declaration they had to be removed.