Jacques Maritain on the dynamism of freedom (1938) 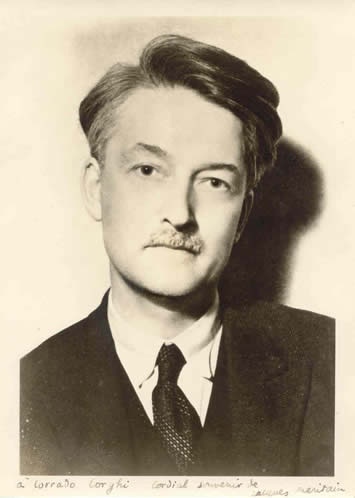 The French Thomistic philosopher Jacques Maritain (1882–1973) believes that the “dynamism of freedom” consists of using one’s “freedom of choice” in order to gain another kind of freedom, the “freedom of spontaneity or of independence”:

These things being understood, one immediately perceives the consequence they entail from the point of view of what one can call the dynamism of freedom. The first freedom (freedom of choice) exists for the sake of the second freedom (freedom of spontaneity or of independence) toward which the aspirations of personality themselves tend. I have called this second freedom, freedom of spontaneity or of independence. … The freedom of choice, the free will, is not its own end. It is ordained to the conquest of freedom in the sense of freedom of exultation or autonomy. And it is in this conquest, demanded by the essential postulates of human personality, that the dynamism of freedom consists.

On the eve of the Second World War (1938) the French Catholic philosopher Jacques Maritain was visiting the US to give a series of lectures on the Scholastic alternative to the philosophies of totalitarianism, both communist and fascist, which had taken control of Europe. He termed his vision “integral humanism” in which the individual person and their hopes and aspirations were given prominence in contrast to the totalitarian societies which demanded “the total devotion of the person” to the state and promoted “human exaltation in the myths of external greatness”. Naturally, a significant part of the book focused on the nature of human freedom, the role played by the freedom of choice each person had to make their lives according to their own vision of the good, and to achieve the ultimate freedom which he called the “freedom of spontaneity or of independence”. The latter goal required freeing oneself from “the servitudes of nature” in order to become a more autonomous human being - goal which was a very hard thing to do at the best of times, but even more so in the years immediately following his lecture tour.