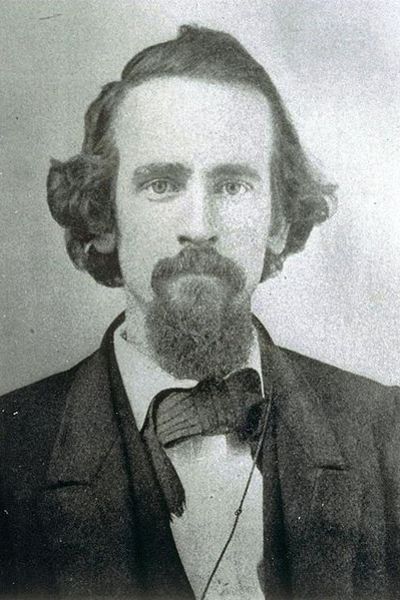 Found in Protection or Free Trade

The American free trader Henry George (1839-1897) argued that trade sanctions against “our enemies” hurt domestic consumers just like any other “protectionist” trade restriction:

Free trade consists simply in letting people buy and sell as they want to buy and sell. It is protection that requires force, for it consists in preventing people from doing what they want to do. Protective tariffs are as much applications of force as are blockading squadrons, and their object is the same—to prevent trade. The difference between the two is that blockading squadrons are a means whereby nations seek to prevent their enemies from trading; protective tariffs are a means whereby nations attempt to prevent their own people from trading. What protection teaches us, is to do to ourselves in time of peace what enemies seek to do to us in time of war.

Henry George wrote one of the best critiques of protectionist trade policies in 1886 at a time when President Grover Cleveland was pushing for tariff reductions from a very high average rate in the US of 47% at a time when free trade Britain had tariff rates of less than 1% and France of 1.5%. Central to his argument was that protectionism was a form of coercion or force which prevented two parties divided by a line drawn on a map from benefitting from mutually beneficial exchanges. Those who did benefit from tariffs and other forms of protection were the powerful lobby groups who controlled the political parties (in this case the Republican Party) and were successful in lobbying congress for favourable legislation. George also pointed out the bellicose nature of protection, noting that it was a domestic form of economic warfare which was usually reserved for times of war to blockade one’s enemy’s ports in order to harm them economically. The domestic protectionists were in effect “blockading” their own citizens from the benefits of external trade. One could turn the argument on its head by arguing that trade “sanctions” (a euphemism for a blockade) designed to hurt an enemy also harmed one’s own domestic consumers who wished to trade with foreigners. Since both parties to a trade benefit from the transaction, by preventing trade from taking place across borders there is an equal or greater harm imposed upon one’s own domestic consumers for every harm inflicted upon the enemy. A final observation is that George objects to the use of martial language in describing trade, such as an “invasion"of foreign goods, or language used to describe natural disasters, such as "floods”, to an activity which is in essence peaceful, voluntary, and productive. Bastiat also shared George’s concern about the misuse of language in “Metaphors”, Economic Sophisms Series II, no. 22.